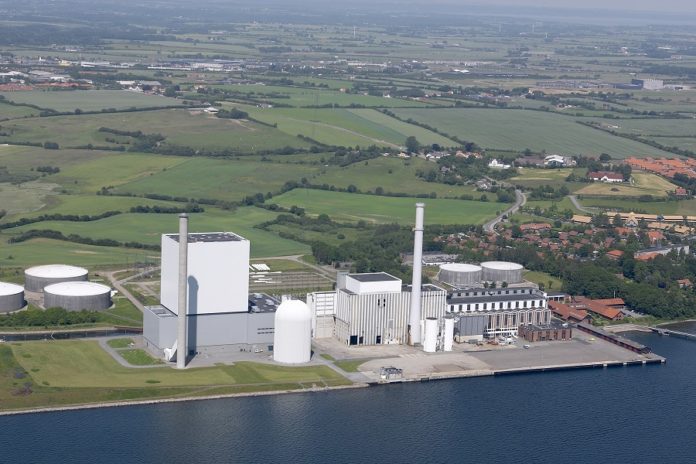 With the Paris Agreement signed by 174 countries, there is a growing focus on renewable energy, including biomass. This article looks at the potentials and challenges for electric actuators in biomass-fired power plantsà‚

Biomass-fired power plants are becoming increasingly popular, especially in Scandinavian countries, but also in other regions of the world that are striving to reduce their carbon dioxide emissions.

A wide range of recent projects shows that the technology to run these plants economically is available today, making them a viable alternative to fossil-fueled plants.

Biomass plants can use various kinds of organic matter as fuel: usually waste or by-products that are available locally in large quantities. Combinations of different types of biomass, natural gas and biomass, or coal and biomass are also possible.

European biomass power plants frequently burn straw ” a by-product of agricultue “à‚ or wood in various forms such as wood chips, pellets or other wood waste. In other regions, other materials such as corn waste, sugar cane bagasse, or oil palm residues are often used.

The basic design and operation of a biomass plant are almost identical to those of a coal-fired plant. Converting an existing coal power station to biomass is possible with reasonable effort, as numerous examples demonstrate.

Apart from the fuel itself, the main differences between biomass and fossil-fuel plants lie in the way the fuel is transported, the grates and ash handling systems, and the boiler design. Because biomass is generally coarser than pulverized coal, for example, biomass boilers have to be comparatively tall to allow a longer time for complete combustion.

Most biomass-fired power plants are combined heat and power facilities that produce heat for district heating as well as electricity. Their total efficiency is typically much higher than that of plants producing only electricity.

Valves and valve actuators are key components in the classic processes of feedwater treatment, steam generation, turbine injection, flue gas cleaning, and district heating networks, just as they are in conventional power and cogeneration plants. And, as with conventional plants, high temperatures, high pressures, and vibration all test the durability of valves and actuators. However, the complex and variable nature of biofuels introduces some challenges, as the following examples show.

The straw-fired Lisbjerg power plant, commissioned in 2016, is one of the largest of its kind in Denmark.
With its output of 38à‚ MW of electricity and 78 MW of heat, the plant supplies 20 per cent of the district heating demand of Aarhus, the second largest city in Denmark. Aarhus plans to source all its district heating from CO2-neutral energy sources by 2030.

Lisbjerg power plant burns up to 240,000 t/y of straw from nearby farms. To increase its flexibility, the plant can also burn up to 50 per cent woodchips. Four parallel conveying lanes and feeders supply straw to the boiler. Combustion takes place on a water-cooled vibrating grate.

Approximately 50 of AUMA’s latest-generation SA and SAR electric actuators automate valves in the Lisbjerg plant. Equipped with AC intelligent controls, all the actuators are centrally controlled via a Profibus DP V1 interface. Notable is the actuator on the condenser bypass damper, which has special safety requirements.

To make full use of its residual heat, the flue gas passes through a condenser. In case this needs to be taken offline for maintenance, the plant has a large bypass damper that allows the flue gas to be routed directly to the chimney. Failure of the damper to open when required could lead to a plant shutdown.

The contractor of the plant contacted Kolster, a Danish damper manufacturer that is part of engineering company KSM Kragelund. Kolster has a long history of working with Gràƒ¸nbech & Sàƒ¸nner, AUMA’s representative in Denmark. Together, Kolster and Gràƒ¸nbech & Sàƒ¸nner decided on the most suitable combination of actuator, control unit and gearbox for this critical application.

This actuator combination is designed for applications requiring a high degree of safety, and meets SILà‚ 2 requirements. At Lisbjerg it is used for both normal and safety-critical functions.

The BEKW power plant in Emlichheim is the first in Germany to rely on straw as a fuel. This cogeneration plant (10.2 MWe / 49.8 MWt) started up in 2013 and burns approximately 70,000 t/y of straw from surrounding farms. It achieves a record primary energy efficiency of approximately 90 per cent. Technical availability is 98 per cent, which is excellent for this type of plant.

AUMA electric actuators contribute to both the efficiency and the reliability of the Emlichheim plant. In use are around 30 SA actuators for open-close duty and SAR actuators for modulating duty, all equipped with AC intelligent actuator controls.

An example application is the control of water flow to the spray attemperators located after the superheaters. Variations in the quality of the straw fuel, and the continuously changing demand for district heat, make this a challenging task that the AUMA actuators are well placed to handle.

Skàƒ¦rbàƒ¦k power plant near Fredericia, Denmark, is one of three power plants operated by energy giant DONG that have recently been converted to biomass.

Originally built for natural gas, the plant was converted to dual-fuel cogeneration in 2017. Two new highly efficient 140 MW wood chip boilers were installed during the refurbishment. Wood chips are the primary fuel, with natural gas as a backup.

The main purpose of the plant is to provide district heating for roughly 200,000 people. However, the new wood chip boilers can also supply steam to the existing turbine, to the extent that the plant can be dedicated entirely to electricity generation. This ensures maximum flexibility in the summer, and during periods when wind or solar electricity production drops. The plant also has a 5500 GJ heat storage system that covers approximately 8 hours of heat consumption on a winter’s day.

Installing the wood chip boilers required new pipelines for water and steam to be installed and linked to the original gas-fired plant. Approximately 100 SIPOS SEVEN actuators were added.

The SIPOS SEVEN actuators, which are engineered and manufactured by AUMA Group company SIPOS Aktorik, incorporate frequency converters that allow their operating speeds to be adjusted during the valve travel. Variable speed offers significant advantages in a wide variety of closed-loop and open-loop control applications, since each change of valve position can be matched to its optimum operating speed.

Variable-speed operation also makes SIPOS SEVEN actuators very versatile, since a single size of actuator typically covers eight different torque settings and seven operating speeds. This reduces the number of actuator variants required across the plant, and so simplifies inventory management. Torques and speeds can be adjusted at any time to optimize the process or accommodate process changes.

The new HOFOR Bio 4 cogeneration unit at Amagervàƒ¦rket power plant in Copenhagen, Denmark, is another example of challenging requirements for valve automation. The plant is currently under construction and is planned to start up in 2019. The new unit will burn approximately 1.2 million t/y of wood chips in a circulating fluidized bed (CFB) boiler to yield up to 150 MW of electricity and 415 MW of heat.

The project is a milestone on Copenhagen’s ambitious journey to becoming the world’s first CO2-neutral capital by 2025. The operator is HOFOR Energiproduktion A/S, Denmark’s largest utility company.

The plant includes a turbine bypass to control the relative amounts of steam used for electricity generation and district heating. This requires high-precision electric actuators on the control valves in the district heating system to achieve precise temperature control and keep the plant in operation even when the turbine trips. These actuators have to meet the highest requirements for accurate positioning, short response times, and frequent operation.

The HOFOR Bio 4 unit will use SIPOS SEVEN HiMod variable-speed actuators. The SEVEN HiMod range meets the requirements of class D for continuous modulating duty according to EN 15714″2, and is suitable for up to 3600 starts per hour, while also providing high positioning accuracy.

SEVEN HiMod actuators with frequency converters are able to reduce their operating speed as they approach the setpoint. By preventing any danger of overshoot, this ensures maximum accuracy and eliminates unnecessary switching cycles. SEVEN HiMod actuators will also be used for the steam injection valves in the boiler. These face equally demanding requirements, since they must control the steam temperature to an accuracy of just a few degrees. Poor temperature control can damage the turbine blades and the superheater.

The plant will be equipped with the latest version of the Siemens SPPA-T3000 DCS system, which has the functionality to integrate the actuators automatically via a redundant Profibus DP-V2 network.

Recent biomass projects in Sweden include the new Fortum Vàƒ¤rtaverket KVV8 CHP plant in Stockholm, which started up in February 2016.

This large plant generates 130 MW of electricity and 280 MW of heat, including 80 MW recovered from a flue gas condenser. Fuel flexibility was a prime concern at the design stage: in normal operation, the plant consumes around 12,000 m3/d of wood chips and forestry residues, but it can also burn coal when biomass is in short supply.

Vàƒ¤rtaverket KVV8 is a big boost to Stockholm’s ambition to make its district heating resource-neutral and carbon-neutral by 2030. It produces enough heat to supply 190,000 households, and has increased the fraction of renewable fuels used for district heating in Stockholm from 45 per cent to 70 per cent.

An additional 20 SIPOS SEVEN actuators are installed on important valves in the district heating system, where their variable motor speeds help prevent pressure surges in the pipelines. Combining the two AUMA and SIPOS product ranges within a single plant has proven successful in many recent projects, allowing the ideal actuation solution to be selected for each individual valve.

To avoid pressure surges, the SIPOS SEVEN actuators are programmed to close these critical valves in two steps. During the first part of the valve travel, the motor runs at high speed for maximum responsiveness. Then, after the valve has moved through 30″50 per cent of its travel (depending on the valve type), the speed is reduced. The speed profile can also incorporate higher speeds for emergency operation.

The traditional way to avoid pressure peaks is to add a bypass line with a second, smaller, valve and actuator. The SIPOS variable-speed solution saves space and reduces costs for both installation and maintenance.

The examples above illustrate the important role of valves and electric actuators in biomass-fired power plants, which are supplying an increasing fraction of Europe’s electricity and district heat. Alongside other renewable energy sources such as wind and solar, they will be a key component of the future energy mix.