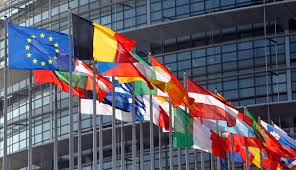 In a move aimed at balancing further emissions cuts and protection for energy-intensive industries, Europe‘s parliament this week adopted draft reforms to the bloc’s carbon market.

The draft, which passed by 379-263 votes and will take effect after 2020, was seen as a compromise solution to the problems surrounding the Emissions Trading System (EU ETS), which has failed to function effectively due to overcapacity.

The draft included a proposal for a modernization fund aimed at upgrading member states’ energy systems, to be financed by the sale of carbon allowances. It also included an innovation fund to support low-carbon solutions such as renewables and carbon capture and storage (CCS).

The proposed reforms will now be reviewed by the Council of Member States as the EU aims to hit its target of a 43 per cent cut in greenhouse gases from 2005 levels.

The draft drew mixed reactions from industry and was slammed by some climate groups.

Trade group Eurelectric welcomed the vote, with secretary-general Kristian Ruby calling it “an important step towards strengthening the EU ETS and delivering a stronger carbon price in the short and medium term”.

“However, the decision to keep the linear reduction trajectory at 2.2 per cent fails to ensure longer-term investor certainty and to signal higher EU decarbonization ambition in the 2050 perspective,” he added. à‚

Wendel Trio, director of Climate Action Network Europe, said the parliament had “completely failed the first test of its commitment to the Paris agreement” and that the proposed reforms “will keep the carbon market ineffective for a decade or more”.