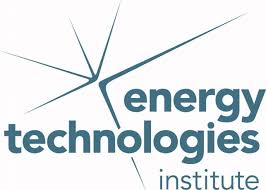 A new report by the UK’s Energy Technologies Institute (ETI) has concluded that using waste and biomass for gasification can produce low carbon power efficiently, particularly at the town scale.

The report sets out why it believes the technology could be so important to a future low carbon UK energy system.

“Our analysis work has shown that gasification projects with integrated syngas clean-up have the potential to be competitive with other sources of renewable power, but support will be required to enable their early deployment,” said Geraint Evans, ETI Bioenergy Programme Manager.

ETI analysis of the UK energy system indicates that bioenergy should be a crucial part of the UK’s future energy mix as it can reduce the cost of meeting the country’s 2050 carbon targets by more than 1 per cent of GDP.

The ETI says gasification, which can use a variety of feedstocks, is a key technology for delivering low carbon energy as electricity, heat and power. “This is because ità‚ converts the energy held within a difficult to use solid fuel into an easier to use gas which we can then go on to use as a building block to make, for example, electricity, hydrogen or jet fuel.”

It adds that it is “especially useful when operated at a town scale because the waste heat generated can be used in district heat networks to provide heat and power for commercial operations”.

Currently, the technology and commercial risks are too high for typical investors and developers.à‚  However, to accelerate the technology to the point where these risks are more acceptable, the ETI is investing à‚£5m ($6.4m) in the construction of a 1.5 MW waste gasification demonstration project incorporating an engine fuelled by ‘ultra-clean’, tar free syngas.

The facility is being built in England’s West Midlands and will produce enough electrical power to supply 2500 homes and will use gasification technology to produce power from sorted and processed municipal waste.

The plant will convert about 40 tonnes a day of post recycling, refuse derived fuel (RDF) produced locally into a clean syngas. The syngas will then be converted into power using a modified high-efficiency gas engine, and waste heat generated from the engine will be made available to heat a local swimmingà‚ pool.

It will also incorporate a unique test facility which will allow the testing of new engines, turbines and upgrading processes which produce products from waste derived clean syngas including a proprietary methanol production process which boosts product yield significantly over rival technologies

Evans said the ETI was investing in the project “to help accelerate the development of the technology, build confidence in it and bring it to market earlier than it otherwise would”.

“The plant will be more compact than many other energy from waste designs currently available and this new compact design could be suitable for providing heat and power to factories, hospitals as well as being suitable to integrate with heat networks in towns and cities.”