‘Energiewende has made things worse for climate’ says report 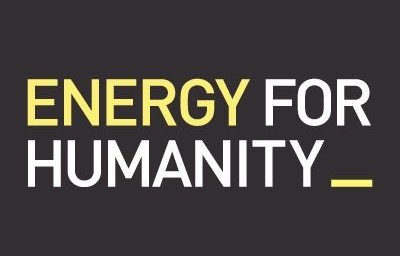 As Bonn this week hosts the COP23 climate talks, a new report claims that Germany’s Energiewende programme “has made things worse for the climate”.

It says it has done this “by shutting down nuclear capacity and locking in dependency on coal for decades, despite hundreds of billions in investments and subsidy-schemes”.

Gogan said: “Germany does not deserve its reputation as a climate leader.”

She argues that in terms of absolute greenhouse gas emissions, “Germany is by far the largest emitter in Europe. Germany alone emits 18 per cent of total emissions.à‚ Germany is not decarbonising as fast as other large emitters. Furthermore, by exporting electricity generated by fossil fuels, Germany is significantly increasing the CO2-intensity of neighbouring countries’ electricity consumption.”

Energy for Humanity believes that a mix of nuclear and hydropower are the best sources of power to complement renewables. With this in mind, Gogan praises France for its “timely decision to not force accelerated shut-downs on its nuclear fleet”. This she said means the country “is bound to stay on top as one of the most decarbonized nations, while Germany falls further behind. The UK has demonstrated that real climateà‚ progress is possible with a policy that supports all low carbon sources including renewables and nuclear.”

Other countries praised by Energy For Humanity are Switzerland and Sweden, which have a mix of hydro and nuclear, and Norway, which relies heavily on hydropower.

Wolfgang Denk, co-author of the study, said: “Our analysis shows that true leadership on climate comes from countries like UK, Sweden, Switzerland and France, where energy policy has supported the transition to low carbon economies. By contrast, promoting a green vision where renewables alone can power the future will lock in long-term dependency on fossil fuels.”

The report concludes that “climate leaders are countries that combineà‚ three elements: a low carbon intensityà‚ of electricity supply, a rapid reductionà‚ in their absolute level of emissions, andà‚ the maintenance of high levels of GDP”.

It states that countries which are leading the way inà‚ carbon emissions per GDP are those thatà‚ have chosen to expand the provision ofà‚ low-carbon electricity and those with goodà‚ hydro-power resources.

“Countries with strong reliance on coal areà‚ in the bottom half of the climate leadershipà‚ ranking. In terms of absolute emissions,à‚ the COP23 host Germany is actually a veryà‚ poor performer. The decision to shut down its nuclear plants prematurely meansà‚ Germany has to keep its massive fleet ofà‚ lignite and hard coal power plants on theà‚ grid far into the future. Germany is alreadyà‚ failing its 2020 emission-reductionà‚ targets,à‚ and there is currently no indication that ità‚ will do much better in the future. Far fromà‚ advancing decarbonisation, the Energiewende has locked Germanyà‚ into long-term carbon dependency.”