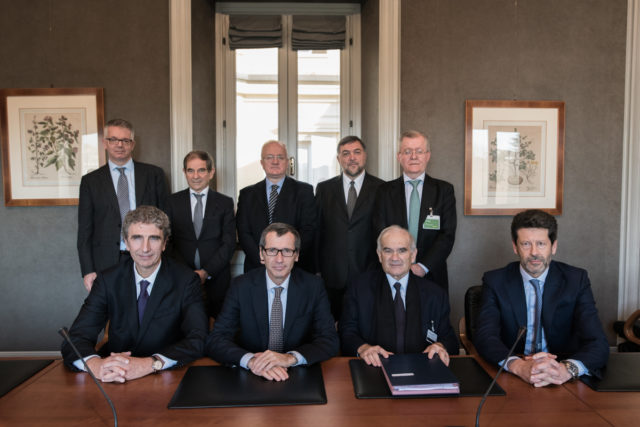 Edison has announced the construction of a latest-generation combined cycle thermoelectric power plant powered by natural gas, in Presenzano in the province of Caserta, Italy.

The power plant will have a total capacity of about 760 MW and will adopt the latest and best technology, capable of ensuring energy efficiency of approximately 63 per cent, and reducing CO2 emissions by 40 per cent.

A high-efficiency GT36, H class, gas turbine will be installed in the Presenzano Thermoelectric Power Plant, developed by Ansaldo Energia. The turbine’s capacity is approximately 505 MW and includes one recovery steam generator and one steam turbine with a capacity of roughly 255 MW.

The technologies adopted will allow the company to reduce nitrogen oxide (NOX) emissions, as well as use less water resources.

The total investment will amount to 370 million euros ($408m) and construction is expected to commence at the start of 2020. Construction of the power plant will last approximately 30 months.

According to Nicola Monti, CEO of Edison: “The electricity system is faced with a challenge at present. We need to promote an increase in electricity generation from renewable sources which are by nature intermittent and, at the same time, guarantee safety and flexibility to the national electricity system and competitiveness to companies in our country.

“It is possible, by combining the generation from natural gas with the development of renewable sources, as set out in the Piano Energia Clima and the Paris accords of 2015, which recognise this source of energy as a resource capable of playing a key role in this phase of energy transition to a system which aims to go carbon-free”.

Says Marco Stangalino, executive vice president Edison Power Asset: “This is the most efficient thermoelectric technology and most respectful of the environment because it offers the dual benefit of a high efficiency and a low environmental impact. In addition, the project will make a significant contribution to the stability and balancing of the national electricity system. The Presenzano thermoelectric power plant, with its hi-tech features in terms of innovation and sustainability, will be the most efficient in Europe on a par with the twin project of Marghera Levante.”

The combined cycle powered by natural gas totally avoids sulphurous and dust emissions into the atmosphere and greatly reduces emissions of carbon dioxide and nitrogen oxides when compared to a traditional plant powered by coal or fuel oil.

In addition, the Presenzano power plant will ensure, in accordance with national energy policy, (Piano Integrato Energia Clima) new capacity, efficient and flexible for the benefit of the national electricity system, able to produce a greater quantity of electrical energy with significantly less emissions.