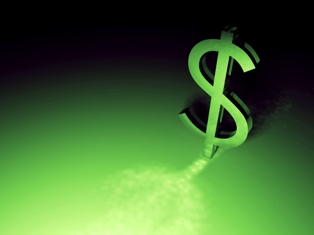 The vice-president of the European Investment Bank has told a New York clean energy conference that environmental finance is now a global boardroom issue and “we must all start to write our bottom line with green ink”.

Speaking at the Bloomberg New Energy Finance Summit, Jonathan Taylor said diplomacy must now give way to action if the goals of last year’s Paris talks are to be achieved.

“COP 21 was a historic achievement of international diplomacy and politics. But unless we deliver on the commitments made there, all that diplomacy will turn out to have been nothing more than the hot air we’re battling to contain,” he said.

Taylor, who is in charge of climate action at the EIB, said: à‚ “Many more investors need to factor climate risks more explicitly into their investment decisions. For anyone who cares about the bottom line, climate action must become like the climate, which is, by definition, everywhere.

He said that the EIB commits at least 25 per cent of total lending to climate action. “In developing countries, at least 35 per cent of our lending will be for climate action by 2020. To continue meeting our ambitious targets, we invest in small projects and we build massive frameworks for climate-action investment.”

According to Bloomberg New Energy Finance, some $8 trillion will be invested in renewables between now and 2040.