In a keynote speech to delegates at the opening of the COP25 UN climate conference in Madrid on Monday, UN Secretary-General António Guterres said a green economy is “not one to be feared but an opportunity to be embraced”.

COP25 marks the beginning of a 12-month process to review countries’ Nationally Determined Contributions (NDCs) – the commitments made under the 2015 Paris Climate Agreement – and ensure that they are ambitious enough to defeat the climate emergency.

According to Guterres, encouraging signs of progress came out of the UN’s Climate Action Summit, held in September, which saw initiatives proposed by small island nations and least-developed countries, major cities and regional economies, as well as the private and financial sectors.

The stated intention of some 70 countries to submit enhanced NDCs in 2020 – with 65 countries and major economies committing to work for net-zero emissions by 2050 – while governments and investors are backing away from fossil fuels, were also cited as positive signs.

The UN chief called for leaders to end division over climate change, and reach consensus on carbon pricing, a crucial tool for cutting greenhouse gas emissions. Doing so, he said, will “get markets up and running, mobilise the private sector, and ensure that the rules are the same for everyone.”

However, failing to decide on a price for carbon will risk fragmenting the carbon markets, sending a negative message that can undermine efforts to solve the climate crisis. 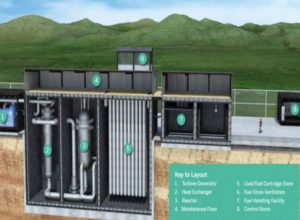