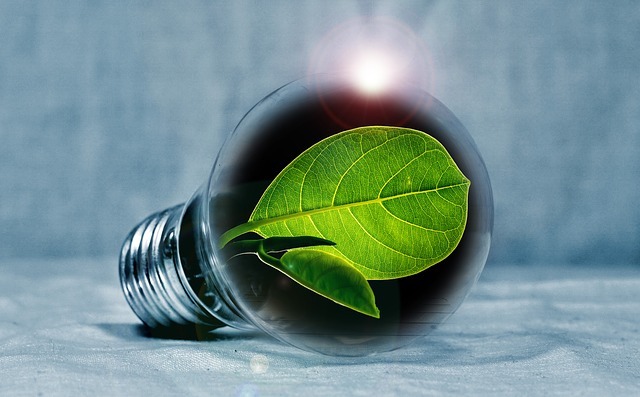 Developing carbon capture and storage technology and low-carbon hydrogen is “a necessity not an option” for the UK to achieve a net zero carbon economy by 2050.

That’s the verdict of the Britain’s climate change advisors, who today have urged the government to set an ambitious new target to cut greenhouse gas emissions to zero by 2050.

If policymakers do legislate for a net zero target, it will be the toughest binding target of any country in the G7, which also comprises Canada, France, Germany, Italy, Japan, and the US.

The Committee on Climate Change (CCC)à‚ says that now is the right moment to set a more aggressive goal and calls for its new targets to be put into law as soon as possible.

And it adds that the key pillars of a net-zero carbon economy are already in place and calls for a determined development of each of them.

AS well as a drive to commercialize CCS and develop green gases, these include a four-fold scale-up of low-carbon electricity by 2050; efficient buildings and low-carbon heating throughout the UK’s building stock; and a push on electric vehicles, including making them the only automobile option from 2035 or earlier.

The CCC says these policies must be urgently strengthened and deliver tangible emissions reductions and adds that “current policy is not enough even for existing targets”.

It stresses that its conclusion that the UK can achieve a net-zero greenhouse gas target by 2050 at acceptable cost “is entirely contingent on the introduction without delay of clear, stable and well-designed policies across the emitting sectors of the economy”.

“Government must set the direction and provide the urgency. The public will need to be engaged if the transition is to succeed. Serious plans are needed to clean up the UK’s heating systems, to deliver the infrastructure for carbon capture and storage technology and to drive transformational change in how we use our land.”

The report highlights that rapid cost reductions in technologies such as offshore wind and electric vehicles batteries mean that a net-zero greenhouse gas target can be met at an annual cost of up to 1-2 per cent of GDP to 2050.

CCC chairman Lord Debenà‚ said: “We can all see that the climate is changing and it needs a serious response. The great news is that it is not only possible for the UK to play its full part ” we explain how in our new report ” but it can be done within the cost envelope that Parliament has already accepted. The government should accept the recommendations and set about making the changes needed to deliver them without delay.”

The publication of today’s report could not be more timely ” last night in Parliament, the UK became the first government in the world to declare an ‘environment and climate emergency’.

The proposal was put forward by the Labour Party leader Jeremy Corbyn and followed days of climate protests in central London. It was passed without MPs having to vote. There is no legally binding aspect to the declaration ” it is more a demonstration of will to act ” but combined with the CC report, it is likely to usher a new wave of climate-focused legislation.

The CCC report has been understandably welcomed by climate and renewable groups.

Dr Nina Skorupska, chief executive of the Renewable Energy Association, said the report “blazes a trail for the UK to assert itself as a leader in socially responsible new industries and the government should grab it with both hands”.

“We strongly support the view of the committee that the solution to net zero greenhouse gasses by 2050 lies in the mass deployment of renewable technologies supported by robust, long-term and investible policies.

“Since the 80 per cent reduction target was set, renewables have continuously surpassed expectations technically and financially and this is reflected in the CCC’s recommendations. Governmental support schemes such as the feed-in tariff have helped technologies such as solar PV and wind become inexpensive and straightforward to build.”

However, she added that “a policy gap now exists to bring forward new power generation technologies in the 2020’s. Direction is required from government in relation to heat and carbon capture and storage. In transport, more can be done to decarbonise the fuel mix, facilitate EV deployment, and ensure strategic charging infrastructure is delivered. Gas and electricity networks also need to be fully on board with this transition and their regulated profit base should reflect progress on decarbonization.”

The CCC’s calls to significantly accelerate the progress of CCS was applauded by Luke Warren, chief executive of the Carbon Capture and Storage Association. He said: “As the Committee has emphasised in this report, CCUS is a necessity, not an option, if we are to achieve net zero emissions by 2050. The government’s current plan to develop one CCUS facility by 2025, with an option to deploy at scale in the 2030s, is not consistent with this ambition. We therefore look forward to working with the government as it responds to this challenge, by cementing CCUS as an essential pillar of its net zero strategy.”

And Paul Davies, chair of the CCUS Advisory Group, said: “The CCC has identified that all options for achieving net-zero emissions in the UK require a significant role for CCS. They have understood that the deployment and development of appropriate business models is needed to bring in sustained significant investment from the private sector. This requires long-term policies and a stable commercial structure attractive to investors; precisely what the CCUS Advisory Group is designing with government.à‚ à‚ This will give industry and government the ability to invest in CCUS at scale, realising the ambitions of the IPCC, BEIS Select Committee and the CCC.à‚  With these commercial structures in place; the time to invest is now.”

“Heat networks are just one of a number of potential solutions that will help the UK reduce its CO2 emissions and meet its net zero carbon target by 2050 alongside converting natural gas into hydrogen, wind farms and greater use of and cleaner generation of electricity through, for example, wind farms and solar panels.”