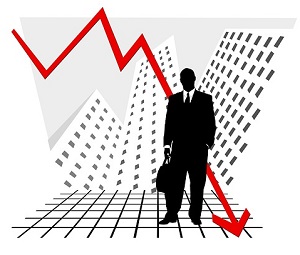 A new risk is looming for power utilities, according to recent research.

In a report released this month, analysis firm Trucost, part of S&P Dow Jones Indices, found that carbon pricing risk due to climate-related policies and taxes arising from the Paris Agreement “could lead to significant losses” for many companies, although the risk could “vary substantially” among firms in a single sector.

The growing carbon price could affect companies directly, the report said, with regulatory costs imposed on their operations, or indirectly through costs passed on by suppliers. Companies would then need to decide whether to absorb the costs themselves, or pass them on again to consumers.

Although utilities’ carbon pricing risk was “minimal” in 2017, the report predicted that it will grow significantly over time. Indeed, the average at-risk profit is expected to reach close to 90 per cent by 2030 and to exceed 150 per cent by 2050.

However, quite a bit of variation in risk exposure is also predicted due to differences in location, business model and market conditions. By 2050, the report estimated that utilities’ at-risk profits will range between 1 per cent and almost 600 per cent. Companies using fossil fuels in Europe, where the carbon price is expected to rise significantly over time, are at the greatest risk.

One interesting correlation found was that utilities with the highest risk have a greenhouse gas (GHG) intensity below or close to the sector average. However, this indicator accounts for just 30 per cent of variation in risk between utility companies.

The report noted that the activities of a company’s supply chain often account for a larger share of its carbon pricing risk exposure than its own operational emissions. For utilities, supply chain risk amounted to an average of 29 per cent of the total risk. Adjusting procurement strategies could mitigate this risk and minimize its financial impact, the report said.

“At present, many companies measure their carbon footprint,” the researchers said, “a vital first step in understanding exposure. However, across the global network of carbon policies, carbon pricing risk will vary over time according to the type of business activity and location.

“Relying on the carbon footprint as the only indicator of carbon pricing risk exposure could create a blind spot regarding the financial implications of carbon policies for companies and their investors. Companies should look at how carbon prices affect the cost of global value chain impacts, as well as the net impact on profitability across different scenarios and time horizons.”

In a comment shared with PEi, European trade body Eurelectric called carbon pricing “a risk but also an opportunity”, adding that “the direction is clear and there is no way back” from the decarbonization that has already been achieved and what is still needed for the transport, heating, cooling and other industrial sectors.

“The European electricity industry has a key role to play in reaching the Paris agreement and will strive to deliver carbon neutral electricity well before 2050,” Eurelectric said. “This is the most ambitious pledge from an industrial sector at this point in time.

“Electricity is already 60 per cent decarbonized in Europe: in 2016 we had 33 per cent renewable energy sources and 27 per cent nuclear. The mix differs from one region to the other as the study points out, but the direction is clear and there is no way back.”

Addressing the potential risk to profits, Eurelectric said it has called for “an ambitious reform of the European carbon markets (EU ETS) as we believe that this is a key tool to cap the emissions and to contribute to the investment signal in clean technologies. Understanding carbon pricing risk exposure will better inform decision making on low-carbon investment and operation strategy for utilities.

“The climate risk which is reflected in carbon pricing is a key element of utilities’ strategies for the next years and for the next decades. Last year, the European power sector also announced its commitment not to invest in new coal power plants after 2020. The huge majority of investments is already today going into clean technologies such as RES, storage, demand side flexibility. Existing assets are being digitalized to operate in the most efficient and flexible ways, such as grids and conventional plants.

“You can’t assume that carbon exposure will remain the same for the next decade in the utility sector,” the group added. “This will dramatically change as we are decarbonizing electricity at a higher pace. And as transport and other sectors get more electrified, their carbon exposure will also decrease thus creating a win-win situation for Europe.”