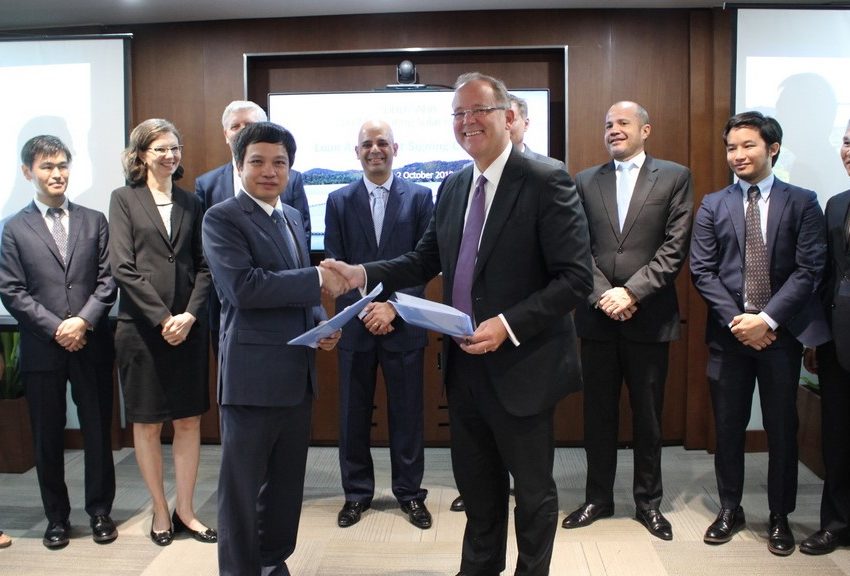 The project marks the first large-scale installation of floating solar PV panels in Vietnam and the largest installation in Southeast Asia, ADB says.

“This project will help to boost the share of renewable energy in Vietnam’s overall energy mix and decrease the dependence on imported fossil fuels such as coal,” said ADB private sector operations department deputy director-general Christopher Thieme. “The pairing of these two clean energy technologies à¢€” hydropower and solar à¢€” is a simple but a highly innovative achievement, which can be replicated elsewhere in Vietnam and across Asia and the Pacific.”

“We are proud to be the first company in Vietnam to construct a floating solar power plant on a hydropower reservoir,” said the chairman of the Board of DHD Nguyen Trong Oanh. “This project aligns with DHD’s strategy of investing in renewable energy to decrease dependence on fossil fuel, contribute to energy security, mitigate climate change, and promote environmental protection and sustainable socio-economic development. Hydropower reservoirs in southern Vietnam have vast solar power potential.”

ADB is committed to achieving a prosperous, inclusive, resilient and sustainable Asia and the Pacific, while sustaining its efforts to eradicate extreme poverty. In 2018, it made commitments of new loans and grants amounting to $21.6b.