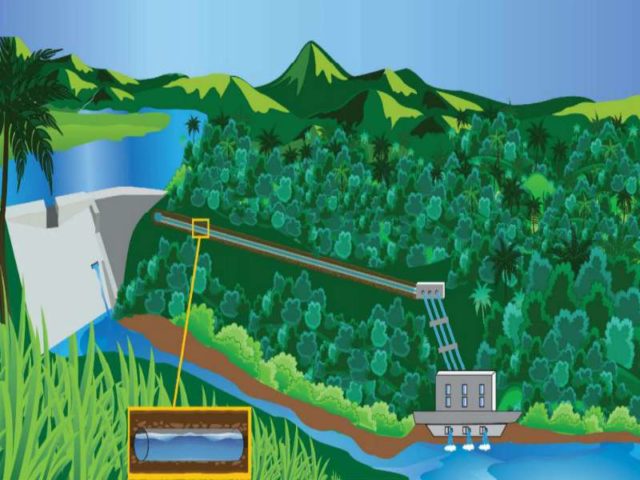 A series of crucial final agreements have been signed in Sydney for the long-awaited Tina River Hydropower Development Project in Solomon Islands, to usher in the start of construction.

The key commercial agreements include the On-lending Agreement between the Tina River Hydropower project company and Solomon Islands’ Ministry of Finance & Treasury, as well as agreements related to the funding support from the Asian Development Bank (ADB), who have confirmed a commitment of $30m to the project.

Other than ADB, project stakeholders include; Abu Dhabi Fund for Development, the Australian Government, Green Climate Fund, the Korea-EX-IM Economic Development Cooperation Fund, as well as the World Bank Group.

The planned project will significantly reduce the cost of electricity for Solomon Islanders. It is also expected to dramatically reduce Solomon Islands’ greenhouse gas emissions, by cutting reliance on expensive diesel petrol in favour of clean, renewable sources. The project will see Honiara’s grid shift from 3 per cent renewable in 2017 to 68 per cent at the time the project is commissioned; expected in 2024.

Solomon Islands has a near-total reliance on expensive diesel petrol for electricity generation and at $0.82/kW has among the highest electricity costs in the world, almost double the average for Pacific Island countries. This places a huge burden on families, communities, businesses and government services, resulting in only 16 per cent of Solomon Islanders having access to the country’s electricity grid.

Solomon Islands minister for finance & treasury, the Hon. Harry Kuma, was joined for the signing in Sydney by officials from K-water and Hyundai Engineering Company, a major shareholder in Tina Hydropower Limited, together with the World Bank and its sister organization, the International Finance Corporation (IFC) – both members of the World Bank Group – and the Asian Development Bank.

“Tina River Hydro is a project rooted in our history and with branches that will grow into our future,”said Minister Kuma. “The signing of these agreements today will further enhance the Public Private Partnership that the Solomon Islands government is adapting for the financing of the Tina River Hydro Project; the first such arrangement for infrastructure in the Solomon Islands.”

“For over 10 years, we have been supporting Solomon Islands to address one of its key development challenges – a near total reliance on diesel fuel for power. From detailed environmental and feasibility assessments, to supporting the Solomon Islands build momentum and funding support for this major nation-building project, we’re proud to have been a vital partner along this journey,”said World Bank country director for Papua New Guinea and the Pacific Islands, Michel Kerf.

“In addition to our $20m investment in solar power and increasing electricity access across the country, we’re proud that when it is up and running, Tina River Hydropower will help Solomon Islanders access cheaper, greener power that will provide massive benefits for education, health and daily life.”

“This is a project yielding multiple benefits for Solomon Islanders from more jobs to lower prices for power through the dramatic shift from virtually 100 percent reliance on diesel to majority renewable energy,”said IFC’s country manager for the Pacific, Thomas Jacobs. “With the support of Australia, New Zealand and the multi-donor facility, DevCo, IFC has been proud to play a role as the government’s transaction advisor in spurring private sector investment and showing what’s possible in small island nations.”

“This transformational project will deliver clean, reliable, affordable electricity to the capital, Honiara,”said director general of ADB’s Pacific Department, Carmela Locsin. “We look forward to working with our partners on this project which features a large capital investment, a public private partnership structure and multi-partner co-financing which together will underpin a paradigm shift in the country’s power generation. We are pleased that ADB’s Office of Public Private Partnership will assist the government in managing the project. Construction on the access road to the Tina River Hydro site is expected to begin in early 2020.