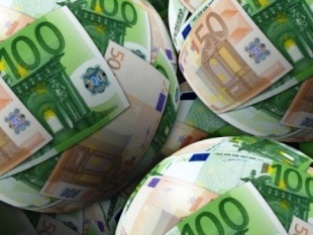 The European Commission has awarded funding worth a total of €1bn ($1.3bn) to 19 clean energy projects in Europe, with the biggest winner being the White Rose carbon capture and storage plant in the UK.

The money comes from the EC’s NER 300 funding programme, which is generated by revenue from the sale of allowances under the EU Emissions Trading System.

She added that the EC’s €1bn “will leverage some additional €900 million of private investmentà¢€¦ so that is almost €2 billion of investment in climate-friendly technologies here in Europe”.

White Rose is being developed by a consortium of Alstom, BOC, Drax and National Grid under a company called Capture Power and will be located on the site of Drax, Britain’s biggest coal plant.

It was awarded €300m by the EC, while €203m went to the Bio2G bioenergy project in Sweden.

Once built, White Rose will have a capacity of 426 MW and the ability to burn coal with co-fired biomass and will be operated by Capture Power. It expects to capture 90 per cent of its carbon emissions, which will be transported by pipeline for permanent off-shore storage beneath the North Sea.

Capture Power chief executive Leigh Hackett said: “The NER300 award represents another significant milestone for us in our development programme and an important potential source of funding for the project, as well as providing a strong signal for CCS in Europe.

“We are well on track to demonstrate the key role that CCS can play in the future UK energy mix. CCS is an important technology providing clean, reliable and cost competitive electricity with the potential to contribute greatly to the decarbonisation of global power markets.”

UK Energy Secretary Ed Davey said: “The UK is at the forefront of developing carbon capture and storage, with excellent potential for storage in the North and Irish Seas, and the expertise in operating offshore to make it a reality.

“And as a world leader in the technology, as carbon capture and storage is commercialised Britain will be in first place to export this knowledge to a decarbonising global economy.”