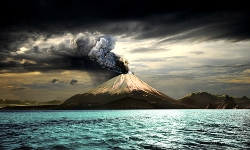 According to a survey by the Mainichi Shimbun newspaper, the survey questionnaire was given to volcanologists nationwide, and from the data that returned, the Sendai Nuclear Power Plant in Kagoshima Prefecture and the Tomari Nuclear Power Plant in Hokkaido emerged as facing the highest risk among the 17 nuclear power facilities covered.

The questionnaire was mailed to 134 university professors and associate professors (not including specially appointed educators) who were doing work in the field of volcanology, and from that total, 50 responded.

The surveyed volcanologists were asked from their expertise and knowledge to specify which of the nuclear power plants were at risk from a possible major eruption from the country’s active volcanoes, taking into consideration a nuclear facility’s maximum 60-year operating life.

The Sendai nuclear facility received the highest number of responses at 29, followed by the Tomari plant at 25.