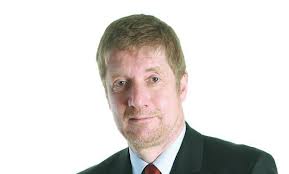 Helmut Engelbrecht, the boss of uranium supplier, Urenco, says there is a compelling case for growth in small-scale, modular nuclear plants – particularly in developing countries.

These plants are currently being developed by B&W mPower and America’s NuScale Power – to plug demand for energy without the costs of conventional nuclear.

“The challenge for the industry is to come up with something simple and reliable that can beat wind power on cost – a plug in and play unit,” he said, adding that developing countries in particular faced increasing demand for energy but did not possess the means of replicating giant plants such as the£16bn, 3200MW twin-reactor at Britain’s Hinkley Point C, which can provide electricity for 60 years.

“There is evidence that a modular plant can be designed that is every bit as safe as a windmill,” said Mr Engelbrecht, whose backing for such technology coincided with news from MPs on the Energy and Climate Change Committee that they planned a new inquiry into “small nuclear power”. The committee said the International Atomic Energy Agency defined “small” as below 300MW.

Mr Engelbrecht said last year that the fact that Japan was “investing massively in flood walls” showed it was serious about firing up its nuclear plants again. He was also optimistic about the overall growth the nuclear sector will achieve in the coming decades.

“If you look at global energy demand it’s still predicted to double over the next 30 years and nuclear is expected to double as well,” he said during a results announcement. “There are 70 reactors in construction, 170 in planning and more than 300 being talked about.”