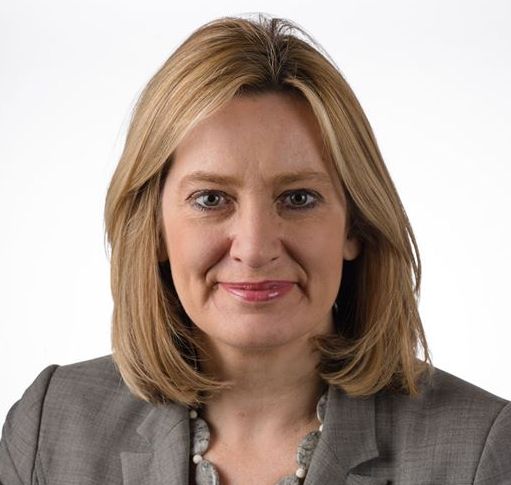 The UK government plans to close all coal-fired power stations by 2025 and restrict their use by 2023.

The announcement was made this morning by Energy Secretary Amber Rudd in a speech that the government is calling a vision to ensure security and delivers more competition, while others are branding it a ‘reset’ of policy.

And alongside the news that coal would be phased out came details of plans to ramp-up the UK’s use of gas-fired power stations, with plans to bring many new plants online in the coming years.

Speaking at the Institution of Civil Engineers in London, Rudd said that the UK now had “an electricity system where no form of power generation, not even gas-fired power stations, can be built without government intervention”.

This she said was coupled with “a legacy of ageing, often unreliable plant. Perversely, even with the huge growth in renewables, our dependence on coal – the dirtiest fossil fuel ” hasn’t been reduced.”

She said that Britain burned more coal to generate electricity in 2014 than it did in 1999 and added that “despite intervention we still haven’t found the right balance”.

Rudd said that “one of the greatest and most cost-effective contributions we can make to emission reductions in electricity is by replacing coal-fired power stations with gas.”

She outlined the timetable to close all coal plants by 2025 and restrict its use from 2023 but added “we’ll only proceed if we’re confident that the shift to new gas can be achieved within these timescales”.

In the wake of recent deal between EDF and China to go-ahead with the building of Hinkley Point C nuclear power plant in England, Rudd stressed the role of nuclear power in the UK’s energy mix.

“Opponents of nuclear misread the science. It is safe and reliable. The challenge, as with other low carbon technologies, is to deliver nuclear power which is low cost as well. Green energy must be cheap energy.

“We are dealing with a legacy of under-investment and with Hinkley Point C planning to start generating in the mid-2020s, this is already changing.

“It is imperative we do not make the mistakes of the past and just build one nuclear power station. There are plans for a new fleet of nuclear power stations, including at Wylfa and Moorside. It also means exploring new opportunities like small modular reactors, which hold the promise of low cost, low carbon energy.”

With the government having suffered a barrage of criticism in the last few months of recent cuts to renewable subsidies, Rudd also moved to pacify the renewables industry by committing government support for offshore wind ” on the condition that it comes down in cost.

She announced that “if, and only if, the government’s conditions on cost reduction are met, we will make funding available for three auctions in this Parliament. We intend to hold the first of these auctions by the end of 2016. On current plans we expect to see 10GW of offshore wind installed by 2020.”

“The industry tells us they can meet that challenge, and we will hold them to it. If they don’t there will be no subsidy. No more blank cheques.”

Prior to her speech Rudd told BBC Radio 4 that it was unclear at this stage how many new gas-fired plants the UK will need under her energy ‘vision’.

“We start from the position of wanting more gas-fired power stations. How many we are not absolutely sure about ” it will depend on usage, it will depend on other sources of supply. But what is absolutely clear is that we need to give a clear signal to people who are in the market to build power stations that coal will no longer crowd-out new gas. That is the main purpose of this announcement. It’s about security of supply.”

There are all sorts of variables here. We need a clear signal that we need more gas built ” there are not enough. We have had woeful underinvestment in critical energy infrastructure over the past decades and this is the start of making sure that we change that.”

And she maintained that building more gas plants would not result in the UK failing to meet its carbon emission reduction targets. “Absolutely not. It will have the opposite effect. Gas is the bridge to the low carbon future that we all want.”

“Until storage develops, gas and indeed nuclear are an essential part of delivering secure energy. We will take no risks.”

Dr Jenifer Baxter, head of energy and environment at the Institution of Mechanical Engineers, said that while the closure of coal plants was “a positive moveà¢€¦ as gas produces about half the amount of carbon emissions than coal, we should not look at building more gas power plants as a silver bullet solution to creating a secure, affordable and clean energy system”.

“Increasing demand for natural gas will lead to other ‘difficult’ challenges in securing the gas network in the UK.à‚  This may include more imports and potentially greater use of shale gas.”

“Although today’s announcement provides some clarity for investors, there is still no clear roadmap for how the UK will meet its ambitious carbon reduction targets especially leading up to United Nations meeting on Climate Change in December.

“The cheapest options for energy still remain the options that produce carbon emissions, like gas. The unfortunate reality is that by reducing spending, due to public sector cuts, it is likely to mean increasing emissions.

“We cannot allow the market alone to drive energy options, following this path means that we could end up with the worst case scenario in terms of pollution.”

She said Rudd’s announcement “is an encouraging sign that the government is looking at ways to bolster our long-term energy future.

“As we move away from relying on coal for our energy supply, it’s important the right signals are in place for investors to build new gas-fired power stations – at present, they are hard to find. A smooth transition from coal to gas is critical, so we must ensure we have new capacity before we take coal out of the energy mix. Getting this right should deliver a successful energy policy that works for consumers, businesses and investors.”à‚

The Institute of Directors also welcomed Rudd’s speech. Senior energy adviser Dan Lewis said it struck “a balance between clean, cheap and reliable sources of electricity. Replacing coal with gas reduces carbon emissions at a reasonable cost to consumers and businesses. The first dash for gas in the 90s was successful because we were able to tap into our own gas from the North Sea. In this second dash for gas, we must use our shale as much as possible, or miss out on additional jobs, taxes and regional growth opportunities.”

Lewis said that renewables “like wind and solar play a major role in our energy mix, but they need the right weather to work, so can be unreliable when things get tight. Subsidies have helped to stimulate the renewables industry, so that we now have large amounts of wind and solar power up and running. The government is now right to look at bringing subsidies down.”

And he added that “gas and nuclear are both safe, cleaner forms of energy which we can produce at home. Boosting their share in our energy mix is a crucial step towards a greener and more secure energy future.”

Greenpeace policy directorà‚ Doug Parr said it was “incredibly heartening to see the government commit to phasing out the dirtiest and deadliest fuel in the next decade in advance of major climate talks. This could be a huge international signal for action on coal globally.”

But he said the rest of the speech “was more of a rehash than a reset. The government’s plan to power the UK with a dash for gas and generous support for new nuclear power stations will see, as Amber Rudd admitted, energy bills rising.à‚ This is perverse especially given the slashing of support for cheaper forms of renewable energy claiming that we can’t afford them.à‚ And there’s barely a nod to energy efficiency.à‚ The plan as it stands makes little economic or environmental sense.”

Paul Barwell, chief executive of the UK’s Solar Trade Association said that “phasing out coal power electricity is of course good news and was expected ” this is an essential move.”

But he added that “it makes little sense to replace fossil coal only with fossil gas. Gas and large-scale solar will soon need very similar levels of support, but unlike gas, solar has the bonus of zero carbon emissions, future price certainty and no dependency on imports from unstable countries.”

Barwell said that “no industry could be more fully behind theà‚ consumer-led and competition focused” power system that Rudd wants to see than solar power. “The level playing field the Secretary of State wants to see in energy is very welcome, and if implemented that should mean solar is squarely back in the game. However fossil fuel incentives currently distort the market.”

David Clarke, chief executive of the Energy Technologies Institute, said that “whilst today’s announcement recognises the need for urgent action to address near-term energy security needs these actions need to be linked to critical longer term strategic decisions ” particularly the requirement for any new gas plant to be capable of being fitted with carbon capture and storage technology at a future date.”

He added: “This also means new gas power stations should be preferentially sited close to the east and west coasts to allow ready, economic connection to a future CCS pipe and storageà‚ network.”

Maf Smith, the deputy chief executive of trade group RenewableUK, welcomed Rudd’s pledge on offshore wind, saying that it “provides clarity on where the government stands on the future of offshore wind, which will give developers the confidence to invest in the British economy”.

“Onshore wind has already achieved the kind of cost reductions needed to be competitive and is now one of the cheapest sources of home-grown power in the UK. If we want to cut emissions and keep bills low, government needs to show that it won’t stand in the way of subsidy free forms of power, like onshore wind, being able to access our energy market and compete head-to-head with options like nuclear and gas.”

“The UK government’s announcement to phase out coal-fired power plants by 2025 largelyà‚ reflects long-existing EU legislation which limits emissionà‚ fromà‚ large power plantsà‚ unless they were willing to upgrade their technology.

“With thisà‚ latest decision the government is now removing the last remaining option for coal-fired plants to continue operating. Their closure will eventually end the contribution of a major fuel to the UK’s energy mix and signal the transition to otherà‚ technologies needed to address climate change.”