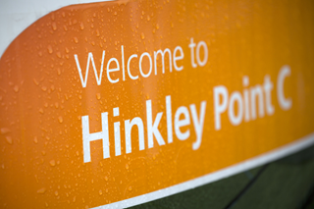 The UK government and French energy giant EDF today agreed terms for the go ahead of Hinkley Point C, which will be Britain’s first new nuclear power plant for more than 20 years.

After more than a year of talks to agree a strike price for Hinkley Point, the government this morning revealed that it will pay EDF à‚£92.50 MW/h for electricity generated from the new reactor in Somerset, England.

This price will drop to à‚£89.50 if EDF goes ahead with a further new reactor at Sizewell nuclear power plant.

The strike price is part of the government’s contracts for difference and is a sum guaranteed to be paid to generators of low carbon electricity for the power they produce.

At à‚£92.50 the price is almost double the current cost of electricity in the UK yet it is the government’s chosen market method to fund new nuclear in Britain without giving the industry out-and-out subsidies.

The UK’s Department of Energy and Climate Change said that Hinkley C ” which will be the first nuclear power station built in Britain since Sizewell B in 1995 ” will provide 7 per cent of Britain’s electricity and create 25,000 new jobs during its construction.

UK Energy Secretary Ed Davey said the agreement with EDF over Hinkley was “an excellent deal for Britain and British consumers”.

“For the first time, a nuclear power station in this country will not have been built with money from the British taxpayer. It will increase energy security and resilience from a safe, reliable, home-grown source of electricity. This deal is competitive with other large-scale clean energy and with gas ” and while consumers won’t pay anything up front, they’ll share directly in any gains made from the project coming in under budget and from refinancing or equity sales.”

EDF group chairman Henri Proglio said the deal “strengthens the industrial and energy co-operation between France and the UK”.

He said: “The project at Hinkley Point represents a great opportunity for the French nuclear industry in a context of a renewal of competencies. This project will deliver a boost to the economy and create job opportunities on both sides of the channel and will enable the UK, a country in which EDF is already the leading producer of electricity, to increase the share of carbon-free energy in its production mix.

Hinkley Point C will employ more than 5000 people at the peak of its construction and 900 people once operational.

Key terms of the contracts for the four most important suppliers to the project have now been finalised subject to a final investment decision. These are with Bouygues TP/Laing O’Rourke for the civil work contract; Costain for marine work; Alstom for turbines andà‚  Areva for instrumentation and controls, the nuclear steam supply system and fuel.

The UK’s Nuclear Industry Association says it will also “create a lasting industrial legacy to enable the UK to compete in the global nuclear market, anticipated to be worth à‚£1 trillion by 2030”.

NIA chairman Lord Hutton ” who was responsible for kick-starting Britain’s ambitious nuclear newbuild plans under the previous Labour government ” said: “Today’s very welcome agreement confirms to investors and the UK nuclear supply chain that new nuclear build is a reality. This major infrastructure project will give a vital boost to British industry, and create tens of thousands of new jobs and opportunities in construction, manufacturing and operations.

He said that with “strong cross-party and public support, nuclear energy will make a significant contribution to a balanced energy mix, providing the clean, affordable and reliable electricity that is the bedrock of a successful economy”.

NIA chief executive Keith Parker added that the Hinkley go-ahead was “the first major test of electricity market reform. By incentivising investment in nuclear energy and other low carbon technologies, the UK is well on the road to ensuring secure domestic supplies of electricity for the long-term.”

He added: “Today’s agreement will help protect consumers from the uncertain and volatile costs of imported fossil fuels for decades to come.”