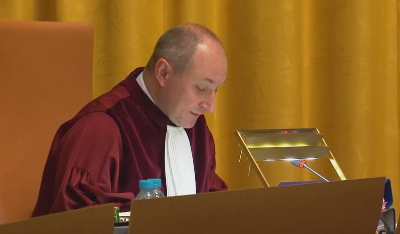 A forthcoming decision by the European Court of Justice on the legal basis for Germany’s nuclear fuel tax is set to prove a huge blow to the country’s top two utilities.

The ECJ looks likely to rule that the fuel tax does not violate EU law – a decision which would put paid to RWE (FWB: RWE) and E.ON’s (FWB: EOAN) multi-billion euro compensation claims against the German government.

Maciej Szpunar, Advocate General at the ECJ, made his opinion known on Tuesday, with a subsequent plummeting of share prices for both utilities. He also rejected arguments that the tax violated EU state aid rules.
While the Advocate General’s assessment is not binding, that opinion is followed in the majority of cases.

It’s a major reversal if the tax is allowed to stand. German utilities had won regional rulings in Hamburg and Munich, while a Stuttgart court cleared the tax.

In an email statement, RWE said it continued to hope for an ultimately different verdict when the overall judgment is made inside the next six months.

“We will firstly view the final judgment of the ECJ to wait and see what we expect in the course of 2015, but we continue to hold fast to our interpretation of the law,” said RWE.

Approximately €5bn ($5.7 billion) is at stake. E.ON claims to have paid €2.3bn worth of fuel tax with RWE (€1.23bn) and EnBW (€1.1bn). The corporations maintain that the tax is incompatible with European law.

The law is part of an overall strategy whereby Germany is shutting down nuclear power plants and transitioning to renewable power.