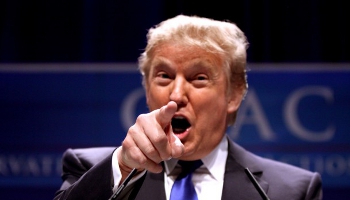 The controversial offshore wind facility so vigorously opposed by US tycoon, Donald Trump, has been given the go ahead by the Scottish government.

Consent has been granted for the development of the 100 MW European Offshore Wind Deployment Centre (EOWDC) in Aberdeen Bay, north-east Scotland.
The development consists of 11 wind turbines and their connecting cables. It will be sited between 2km and 4.5km off the Aberdeenshire coast, and will meet the energy needs of over 49,000 homes.

The EOWDC will not be a conventional wind farm, but rather an offshore deployment centre that allows offshore wind developers and supply chain companies to test cutting edge wind technology in an offshore environment before commercial deployment.

The facility will help to substantially minimise development risks and capital costs by allowing developers to test real time reliability and capacity generation.