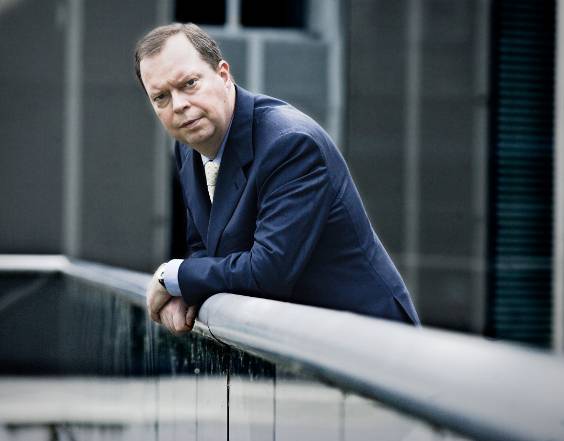 German utility RWE has announced a re-organisation of its business in a bid to address market realities which have seen its fortunes suffer in recent years.

Peter Terium (Right), chief executive of RWE, said: “The group’s restructuring is our response to the transformation of the European energy landscape,” in reference to the decision to separate its renewables, grids and retail units into a separate entity and sell a 10 percent stake in an initial public offering late next year.

He added, “We do not split RWE, but we bring order into our house, in a fashion that makes us fit for the energy markets of tomorrow”,
The company’s restructuring, involving the setting up of the new company is a response to Energiewende’s ongoing impact on its profitability as well as the burden of decommissioning its nuclear power plants.

On their website RWE state it ‘is building the innovative, decentralised energy group of the future: renewables, grids and retail activities are being transferred into a new subsidiary and listed on the stock market.’

It will keep its conventional power generation business, including its remaining nuclear plants and the liability for their shutdown. This is being seen as a bid to avoid a political stand-off over nuclear provisions that led E.ON to backtrack on a similar plan.

E.ON is in the process of spinning off its power plants, energy trading and oil and gas activities into a separate unit, Uniper.

Analysts, however, said RWE’s plan should ease concerns in Berlin, which has been worried that utilities would not honour the costs of Germany’s policy to close its nuclear plants by 2022.

The group generated just 5 per cent of its electricity output from renewables in 2014, and Terium admitted last year that RWE was “possibly too late” investing in renewables.

Speculation had been rife in recent weeks that the utility would opt for change, with RWE spokesperson Sabine Jeschke telling Power Engineering International Mr Terium had ‘referred to a statement that he made earlier this year, when he said, that he cannot fully rule out a split of the business if conventional generation/power prices further deteriorate in the future. Yesterday he said that the case is not yet there, but confirmed his statement in general of power prices decreasing even further.’

Thomas Deser of Union Investment, a top 30 RWE shareholder, told Reuters: “Peter Terium recently complained that he had no new resources to invest for growth. This [listing] will make new resources available, and bring the rating agencies on board.”

Mr Deser added that, by separating nuclear assets, the move also prepares the ground for the possible creation of a public foundation that would oversee nuclear decommissioning.

Utilities are lobbying government to create a publicly owned foundation, in order to transfer the billions of euros they have set aside for dismantling the nuclear power stations.

About 40,000 of RWE’s 60,000 staff would be employed by the new company. The plans are subject to approval by RWE’s supervisory board, which is due to meet on December 11.

RWE said it could sell further stakes in the new subsidiary at some point, but added it would remain the unit’s majority shareholder over the long term.