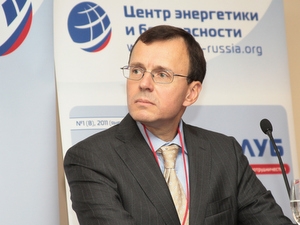 The Russian state-owned nuclear power company Rosatom is attempting to win business in developing countries by offering a comprehensive service they are calling, “Build, Own, Operate” (BOO).

The offer also includes financing to countries seeking to build nuclear plants.
Up until now Rosatom had left operational concerns to domestic utilities however deputy chief executive Nikolai Spassky told the French newspaper Le Figaro that the new formula was crucial in winning business in developing countries who do not have their own nuclear sector.

Rosatom, a major competitor for groups like Areva (Euronext: CEI), Toshiba-owned Westinghouse and Japan’s Mitsubishi Corp. has built nuclear reactors abroad in the past, but has so far handed over their operation to domestic utilities.

“With this model, we are fully responsible for the plant’s security,” Spassky was quoted as saying, adding that Turkey’s first nuclear plant will be run in this way.

Under the BOO model, Rosatom not only builds the nuclear plant, but also owns it and runs it for up to sixty years. Rosatom also delivers nuclear fuel to the plants.

PEI Connect: A chilly US comes home to Paris