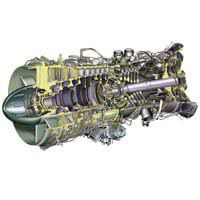 John Rishton, chief executive of Rolls-Royce, says he is “reasonably optimistic” that the sale of the company’s power unit will be concluded. The deal is expected to cost in the region of £900m ($1.5bn).

Rolls-Royce (LSE: RR) are in advanced talks with the German company for the sale of the unit, which is primarily concerned with the manufacture of small and medium-sized gas turbines for the oil and gas industry, and small industrial power plants.
Mr Rishton told the Financial Times he was “hopeful” the deal would get done, but cautioned that nothing had been finalised. One of the key issues that needs hammering out is the sharing of intellectual property with Siemens, as the technology that lies at the heart of generators is based on some of Rolls-Royce’s most successful, but older, aero-engine designs.

“Part of the dicsussion is clearly around the IP and who owns it and how do you provide it,” Mr Rishton confirmed. He refused to be drawn on whether Rolls-Royce would retain a minority stake in the business to ensure its IP is protected.

Excluding the sensitive nuclear activities, which are not part of the discussions, the energy business generated revenues of about £900m last year and an estimated pre-tax profit of £60m. Analysts estimate this implies a valuation of at least £1bn.

Analysts also speculate that Rolls-Royce will look to retain a stake.

Mr Rishton, who took over as chief executive in 2011, said he had been looking at the financial performance of the energy business for “quite some time”, and had considered all the options, including closing it down. “It is a subscale business and in that business you need scale,” he said.

He said the possible takeover by France’s Alstom’s energy business, one of the biggest global players, by either GE of the US or Siemens, highlighted how difficult it was to compete in energy generation. Rival aero-engine maker Pratt & Whitney, a subsidiary of United Technologies, sold a similar business in the past two years, he said.

Speaking on the sidelines of the company’s annual meeting in London, Mr Rishton said he had no plans for futher disposals and was focused on “delivering performance” following the company’s profit warning earlier this year.