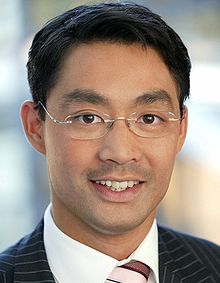 Mr Roesler (pictured) is demanding extra cuts for wind and solar power subsidies; although the government denied that there was a clash between the ministries.

à‚  Altmaier foresees a reduction of 1 to 1.5 per cent in the feed-in tariff that owners of renewable energy generators receive in an effort to shift some of the cost to producers from consumers, preventing a surge in electricity prices in election year.

à‚  The existing surcharge has sparked an installation boom in the country, but has also seen consumers suffer from increasingly larger electricity bills.

à‚  According to Bloomberg News, a report from Roesler’s department shows that they want renewable energy providers to carry more market risk and so curb the cost to the state of Germany’s transition from atomic power. It didn’t give specific numbers for subsidy cuts.

à‚  Altmaier’s plan is due to be discussed with state environment ministers on Thursday.

à‚  The Economy Ministry has formulated a paper that proposes that new renewable- energy plants, with the exception of “small” providers, should not profit from feed-in tariffs.

à‚  The ministry also wants subsidies for on-shore wind energy to be lowered, while compensation for producers switching off their generators when power grids lack capacity should also be reduced, according to the paper, which was passed to the Environment Ministry on Friday last.