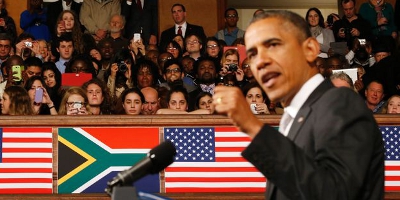 US President Barack Obama has pledged to inject around $16bn of American funding into increasing the extent of power generation in Africa.

In a keynote speech at the University of Cape Town, as part of a three-country tour, the president said his government would provide $7bn in public funding, as well as $9bn from the US private sector, for the “power Africa” initiative.

Mr Obama’s administration wishes to double Africans’ access to electricity and he promised “a light where currently there is darkness”.

“I’m calling for America to up our game when it comes to Africa,” he said, promising to move beyond aid to a “new model of partnership”.

Africa accounts for more than a sixth of the world’s population, but generates only 4 per cent of global electricity.

There has been a gradual increase in improving the continent’s energy landscape in recent times with hydropower projects in Ethiopia and Uganda, among others, while Africa’s largest wind farm is due to be built in Kenya.

Meanwhile, the World Bank is to invest in the ambitious Inga III dam on the Congo river – a mega-project that could power much of sub-Saharan Africa.