Nuclear ‘needs to be seen as an unexceptional business’ 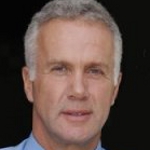 Speakers at the Nuclear Industry Association’s annual conference in London addressed the challenge it faces in altering public perception towards the nuclear sector.

Steve Kidd of the World Nuclear Association (WNA) said the aim should be for nuclear power to be seen as ‘an unexceptional business’, and to reverse the negative connotations that have attached to the industry as a result of the promptings of popular culture for decades.
à‚  Mr Kidd added that a new approach was needed to winning public confidence and simply providing factual information was no longer enough.

à‚  Our approach at the WNA over the last 12 years has been about developing our website and news service- appealing on the facts on the rationale for nuclear power.

à‚  But we have realised this is not enough. We have to appeal to people’s psychology and emotions. Some of the strongest anti-nuclear campaigners are often very intelligent but the facts are not enough to dissuade them.”

We have to move beyond the factual and go more into what people feel emotionally to develop a more positive view of nuclear in this post Fukushima world.

Professor Nick Pidgeon of Cardiff University agreed, saying the industry needed to meet the public on a deeper level, saying, “Science won’t necessarily be enough ” personal values and other judgements come into the decisions people arrive at.”

Mr Kidd said it is ‘a big challenge to overcome 50 years of culture’ and gave some examples of how the industry is portrayed in popular culture, including a reference to the James Bond movie; Doctor No.

Yet surprisingly he saw the ineptitude of nuclear employee Homer Simpson as an indication of the healthy perception of nuclear activity in the US.

“It is accepted in the US as an unexceptional business, set in the background like as in a television soap opera.

Meanwhile an NIA poll conducted by YouGov showed a stark difference between men and women on the subject, with half of men in the 2,000 strong poll favourable to nuclear energy compared to just one in five women.