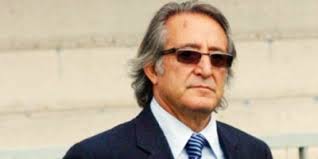 An investigation into money laundering in Italy has led to the seizure of over $1.7bn in assets, with police appropriating over 43 wind and solar energy companies as well as 66 bank accounts belonging to Sicilian businessman Vito Nicastri.

Investigators allege that Mr Nicastri used his energy empire as a front for the Mafia and the Ansa news agency said the relationship allegedly ”facilitated his transformation from an electrician into a businessman specialising in the production of electricity from renewable sources, giving him a prominent position in the south.”

Head of the country’s anti-mafia agency, Arturo de Felice said, “”This is a sector in which money can easily be laundered.”

The agency said in a statement it was the biggest ever seizure of mafia-linked assets and added that Mr Nicastri had ”maintained constant relations with members of Cosa Nostra” in Sicily and Calabria, as well as alleged top Sicilian Mafia boss Matteo Messina Denaro, who is a fugitive from the law.

Mr Nicastri is known as the ‘Lord of the Wind’ by the Italian media.