Hungarian government says nuclear plant should be above politics 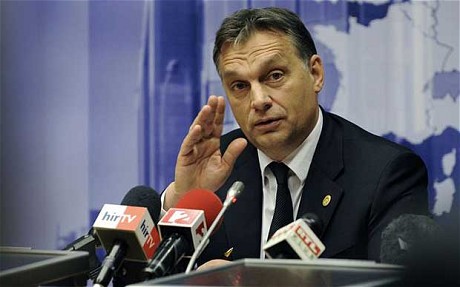 An official from the Hungarian government says that the development of a significant power plant for the country should be above political considerations.

Meanwhile Hungary‘s prime minister called for an alternative to sanctions to resolve the Ukrainian conflict so as not to interfere with the development of the nuclear plant.

Attila Aszodi, who is overseeing the Paks nuclear power plant expansion, told Rossiya TV that he was hopeful that politics didn’t hamper the facility’s completion. He said he did not want to fight with the European Commission and instead wanted to give Hungary a reliable electric power supply.

In January, Russia and Hungary signed an agreement on the construction of the power plant with new power units using Russian technology. Russia is to issue Hungary a loan of up to EUR10 billion to finance the project.

Speaking in Munich on Thursday, Prime Minister Viktor Orbàƒ¡n said, while it was correct for the international community to check Russia’s actions in the Crimea, there had to be a realisation that Hungarian energy security is highly dependent on the development of the Paks facility.

Drawing a comparison with Germany’s power mix, he said that Hungary cannot mobilise investment to support power generation from renewable energy sources the way Germany does.

The “only means” to reduce dependence from external energy sources is the expansion of the state-owned nuclear power plant that operates on Russian technology therefore “it only makes sense” to carry out the expansion in co-operation with Russia, he said.

The Hungarian premier urged for something other than economic sanctions to deal with the Ukrainian crisis. “If we cannot come up with policy that makes more sense” then both Central Europe and Germany could suffer serious economic damages in the following years.

“Some kind of compensation needs to be worked out for countries that are loyal to the policy of sanctions but pay the price for it.”