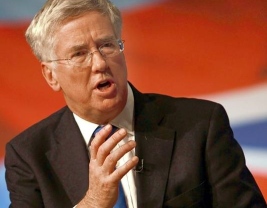 UK energy minister Michael Fallon says that a deal to develop new nuclear power at Hinkley Point in England is close to a conclusion.

Following a long drawn out saga much of the negotiations with EDF have been completed and a subsequent arrangement with a Chinese state-owned entity is set to follow.

Michael Fallon told the Financial Times he was “working intensely” to conclude negotiations that have dragged on for a year. “We’re not quite there yet, but I hope we will be in the next few weeks,” he said.

China General Nuclear Power Group is said to already be in talks with EDF on taking a stake of up to 49 per cent in the Hinkley project. Ed Davey, energy secretary, travelled to China last month to persuade Chinese nuclear companies.

Talks between EDF and the government had reached an impasse earlier this year when both sides failed to reach agreement on the guaranteed (or strike) price at which the former will be able to sell the electricity it generates at the facility. This appears to have been resolved with the gap between the Treasury’s offer of à‚£90 per hour and EDF’s à‚£93 per hour narrowing.

Britain now hopes to use the deal to revive its once thriving nuclear power sector. In addition the two reactors at Hinkley are seen as vital to the country’s ambitions to transition to a low-carbon economy, as well as keep the lights on.