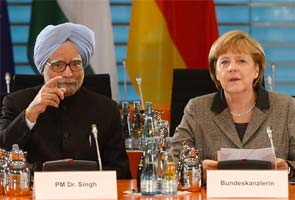 A ‘joint declaration of intent’ has been signed by India and Germany, with the latter pledging loans of up to $1.3bn to assist India in developing its renewable energy stock.

The declaration was signed by Union Minister for Renewable Energy Farooq Abdullah and parliamentary state secretary in the Federal Ministry for Economic Cooperation and Development Gudrun Kopp during the second inter-governmental consultations in Berlin.
The assistance is intended to finance joint development of technical solutions to overcome the problems facing the integration of power grids and also to speed up the construction of power lines to efficiently transport electricity generated by renewable energy sources, the ministry said in a press statement.

The agreement was signed in presence of Prime Minister Manmohan Singh and German Chancellor Angela Merkel, who jointly chaired the inter-governmental consultations.