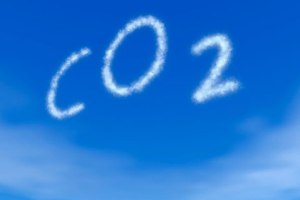 A thriving carbon capture and storage industry could save the UK up to à‚£40bn ($61bn) a year according to a new report.

The study suggests that failure to get CCS off the drawing board and into large scale commercialisation could see the annual cost of the country’s energy system rocket by between à‚£30bn-à‚£40bn annually by 2050.

This figure, says Carbon Connect ” authors of the report Power From Fossil Fuels ” is around 1 per cent of Britain’s GDP and means the cost of decarbonising the UK energy system would double without the use of CCS.

The report was launched in London this week by former UK energy minister Charles Hendry, who is now co-chair of Carbon Connect’s Future of Electricity, a cross-party group looking at all aspects of the UK energy mix and publishing their conclusions, with Power From Fossil Fuels being the first.

He said that if the UK “got CCS right, we can be global leaders” but added that the flip side was that without CCS, “we can’t meet our decarbonisation objectives”.

He added that it was vital that Britain struck the right balance between energy policy and industrial policy to ensure that the incentives were in place to kickstart CCS and that an industry was created to drive it to commercialisation.

The report states that despite being one of the first countries to recognise the potential of CCS, the UK’s progress on developing the technology has been slow because of “a poorly conceived initial demonstration programme, funding delays and policy uncertainty”.

Britain is now half a decade behind other pro-CCS nations ” notably the US and Canada ” and is trying to make up lost ground, helped by a à‚£1bn government competition programme which last month selected two projects to go to the next stage of detailed design and engineering studies before a final winner is selected in 2015.

The report argues that the need for CCS becomes all the more vital if one of the UK’s other target areas of low carbon generation fails to take off, such as its nuclear new build programme stalling ” a possibility if current talks between EDF and the government over a strike price for Hinkley Point break down ” or offshore wind costs failing to reduce.