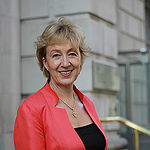 UK Energy Minister Andrea Leadsom has said that the European Union’s Energy Union “should not be a straitjacket for Member States in how they determine their own energy mix”.

Appearing this morning in front of the UK government’s EU Energy & Environment Sub-Committee, she said that while Britain was “very supportive of the Energy Union”, she added that “it must respect Member States’ rights to determine their own energy mix and the delivery methods of it”.

“It must not be prescriptive. We don’t want a recipe that suits the EU. It needs to be co-operative and voluntary.”

The committee asked if there were any “red lines” beyond which the UK would not go in terms of the Energy Union.

“Not in the sense of particular power plant or technology,” she said. “We would not say we have to have X per cent of coal, gas or interconnections.”

But she stressed that “the be-all-and-end-all purpose of DECC is to keep the lights on while decarbonizing at the lowest cost to consumers, and that is non-negotiable. Energy security is the first and last line.”

The committee touched on the subject of capacity mechanisms ” a subject being discussed across Europe and one in which the UK is ahead of the curve by having already carried out auctions.

Leadsom was asked if foreign companies should be allowed to participate in capacity auctions. “In principle, yes,” she answered. “I see no ideological or indeed energy security reason why we shouldn’t continue to allow for foreign providers. We don’t have the philosophical view that any energy not produced at home is bad or insecure energy ” we need the right balance of sources.”

There is talk in the EU of an ‘observatory body’ to oversee the Energy Union, a move which Leadsom was wary of: “Comment is great; assessment is great; but enforcement is something else.”

“Member States should be given every bit of leeway to determine their own energy mix and it shouldn’t be second-guessed or presided over by some EU authority telling them what to do.”

And she was asked for her view on recent headlines which have seen the UK accused of backing away from renewables following cuts in support for some wind and solar projects (see stories UN chief environment scientist slams cuts to UK renewables andà‚ Policy tinkering sees financial lure of UK renewables sector plummet).

She said that she was “determined to provide investment certainty to businesses” but added that “some renewable energy subsides have been victims of their own success and we have over-deployed and overspent ” we have to take steps to protect bill-payers”.