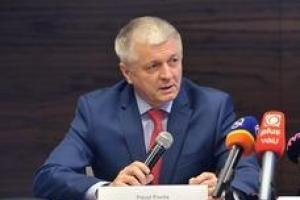 Italian energy giant Enel’s plans to offload its share in Slovak electricity producer Slovenske Elektrarne AS, or SEAS look to be in trouble as it struggles to find agreement with the Slovakian government.

The government is insistent that Enel completes the expansion of the country’s sole nuclear power plant, which is seen as key to meeting growing electricity demand.

Slovakian officials want the expansion completed by 2017.The project budget has nearly doubled to €4.6bn from the original estimate of €2.8bn.

“We’ve told the Italian shareholder that the completion of the third and fourth units at the Mochovce nuclear power plant is the most important for us and that it’s our number one priority,” Slovak Economy Minister Pavol Pavlis told the Wall Street Journal.

The troubled relationship between both parties is compounded by a lawsuit being pursued by Slovakia against Enel over SEAS’s privatization valuation. Separately the government is also demanding compensation of between €280-€320m from Enel, regarding the Italian energy company’s contract to operate a Slovak hydropower plant.