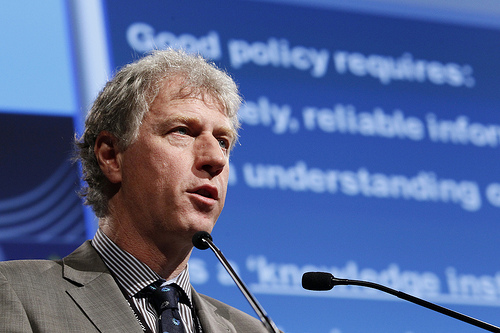 The latest official data released by the European Environmental Agency (EEA) shows that cuts in EU greenhouse gas emissions have almost reached the 20 per cent target set for 2020.

The figures are expected to provoke debate on whether the EU should aim for deeper cuts, when a UN summit in Paris in 2015 is convened to negotiate a successor to the first global pact on climate change.

The EEA said emissions in 2012 were around 18 per cent lower than in 1990 and the figures also showed that the 15 EU member states bound by the first Kyoto Protocol commitment period which ended in December 2012 achieved cuts of 12.2 per cent compared with an 8 per cent target.

The data released mid-week also showed that the EU is also on track to meet a separate 2020 target to increase the share of energy from renewable sources to 20 per cent.

Hans Bruyninckx, executive director of the EEA, told Reuters that Europe could not afford to be complacent. “Member states must ensure that they are not making choices today that become obstacles to a low carbon future,” he said.

The Commission is expected to publish proposals on 2030 energy and environment targets around the end of the year, which EU sources have said will include a 40 per cent emissions-cutting goal and a 30 per cent renewable energy target.