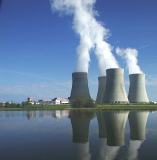 Czech utility CEZ has cancelled a tender to expand the Temelin nuclear plant, halting a potential $15bn project because of low wholesale power prices and the government’s refusal to provide price guarantees.

Chief Executive Daniel Benes said, “This decision does not mean that we are ending the project to build (Temelin’s) third and fourth units,” he told reporters. “We will continue work on the project, CEZ considers itself to be a nuclear company and will further develop nuclear energy.”

Earlier, the president of the Czech Republic, Milos Zeman (pictured), has called for the $15bn tender designated for the expansion of the nuclear power project to be replaced with a new contest with more bidders.

Zeman, whose role is largely ceremonial, said he would like to see France’s Areva and an entrant from South Korea take part in a new competition. He also suggested that, if a second, bigger tender went ahead, the government might be willing to consider underwriting the plant’s generating costs.

The sole bidders in the current tender for the two 1,200 MW reactors are Toshiba unit Westinghouse and a consortium including Russia’s Atomstroyexport.
Areva was excluded from the contest, which is being run by the majority state-owned CEZ, due to a failure to meet CEZ’s conditions, a decision it is disputing.

CEZ has been cooling on the investment due to rising costs and falling energy prices, which it says make the plan economically unviable without government support. Zeman said a new tender with four rather than two entrants offered “a chance to lower the price.”

While the president did not mention a particular Korean firm, a representative of Korea Electric Power Corp (KEPCO) was part of a South Korean delegation to the Czech capital this week.

Zeman said once bids were in, the government could look again at the possibility of providing some aid via a contract for difference – a system under which a fixed price would be set for power generated at the new plant.

On its website Westinghouse said it was deeply disappointed in the decision by à„Å’EZ, a.s. to cancel the Temelàƒ­n tender in the very final stages of the process. The company also stated that the termination negates the significant safety, environmental and economic benefits that are inherent to the Westinghouse AP1000à‚® technology and the company’s “Buy Where We Buildà¢â€ž¢” business model.

In commenting on the cancellation, Westinghouse Nuclear Power Plants Sr. Vice President Jeff Benjamin said: “The local scope in the Westinghouse proposal represents a significant percentage of the total plant construction and would have resulted in billions of Czech crowns and sustained work for thousands of workers from the Czech Republic. Furthermore, à„Å’EZ’s cancellation will delay the development of Czech suppliers that would have enabled them to also participate in new plant projects elsewhere in Europe, again impacting thousands of jobs.”