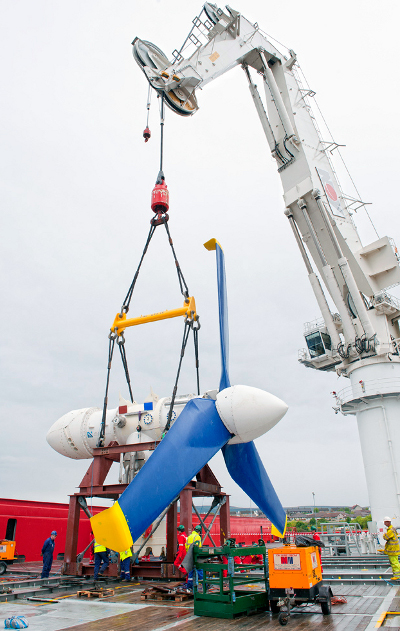 Designed to facilitate operation in highly energetic tidal locations, the AR1500 tidal turbine will be one of the largest single rotor turbines ever developed and will have active rotor pitch and full nacelle yaw rotation.

The increased capability and integrated, advanced functionality will initially support the MeyGen project in Scotland’s Pentland Firth and deployment in Canada’s Bay of Fundy. Once completed, the MeyGen project – the world’s largest tidal stream project under development – is expected to deliver up to 398 MW of power, enough energy to power 200,000 homes.

In an email to Power Engineering International Lockheed Martin expressed its belief in tidal technology as a force in future power generation.

Spokesperson Scott Lusk said, “In the next decade, we believe that there is the potential for terawatts of ocean energy captured through systems, including tidal, installed around the world, and we are on the edge of the technology breakthroughs that will make this possible.  While estimates of global potential vary, it has been estimated that tidal stream energy could theoretically supply more than 150 terawatt hours per year, well in excess of all domestic electricity consumption in the UK.”

“As a global security company, we see energy as a national, and global, security issue.”

The MeyGen project will contribute to Scotland’s goal of 100 percent renewable energy by 2020.