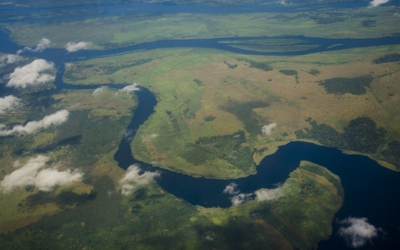 The Democratic Republic of the Congo (DRC) and South Africa have announced a treaty to develop a giant hydroelectric project at Inga Falls, near Congo’s capital Kinshasa, the first phase of which will have a capacity of 4800 MW.

The agreement entails the development of a series of giant dams, which would eventually lead to the project having twice the generating capacity of the world’s most powerful hydro-plant, the Three Gorges in China, according to New Scientist.

The $9bn first phase is set to begin construction in 2015, with South Africa targeted for half the power and the rest designated for Congolese copper mines.

Eventually the project will see the generation of 40,000 MW of electricity The World Bank said in a statement that the project would “catalyse large-scale benefits to improve access to infrastructure services” in Africa.