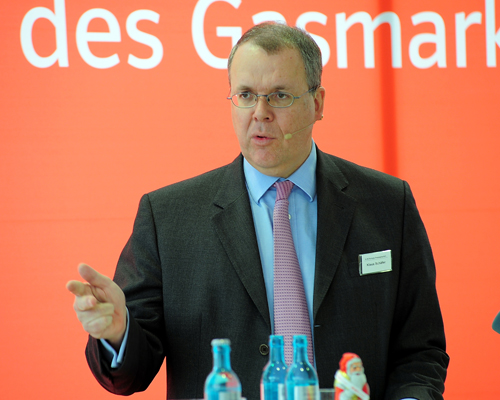 Germany’s largest utility, E.ON, has announced its biggest ever annual loss, yet its chief financial officer says the company is ‘generally satisfied’ with its 2014 results.

CFO Klaus Schàƒ¤fer said: “Considering the continued difficult market environment in many countries, we’re generally satisfied with our 2014 results, particularly since we achieved lasting cost reductions across our business and made a number of successful disposals. Our operating cash flow remained stable at a high level.”
However he then added, significantly, “But it’s also true that extremely low oil prices, adverse changes in currency rates, and a further decline in power prices are having a significant effect on our businessà¢€¦. we expect our power and E&P businesses to post earnings declines.”

The results and the impact of politics on the company’s power plant fleet confirms the next step for E.ON– the spin-off of its power assets.

Markus Nitschke, Corporate Communications Officer at E.ON told Power Engineering International, “The shareholders have to decide on the spin-off during the annual shareholders meeting 2016, likely in May.”

It initially announced plans to split its business in November. In an email statement this morning it reinforced that strategy, stating “Strategic renewal will be E.ON’s dominant theme in 2015. Going forward, E.ON will focus entirely on renewables, energy networks, and customer solutions. It intends, in 2016, to combine its other businessesà¢€”conventional power generation including hydro and its operations in Russia, global energy trading, and oil and gas productionà¢€”into a new, independent company with a new name.”

Reuters reports that the loss, the biggest since it was formed by the merger of German power groups VEBA and VIAG in 2000, was triggered by 5.4 billion euros in impairment charges on power plants, including assets in Britain, Sweden and Italy.

“And no one can say with certainty how long these trends will last,” he said.

Meanwhile rival RWE Chief executive Peter Terium said up to 45 per cent of RWE’s fossil fuel power stations are no longer making money as the squeeze associated with the expansion of renewable energies continues.

Mr Terium said: “The crisis in conventional power generation continues. In spite of this, we will focus once more on growth opportunities in the future, but without losing sight of the need for strict financial discipline.”