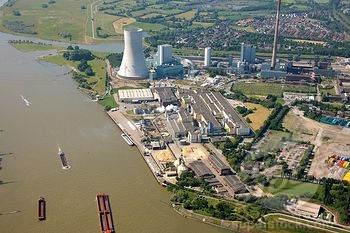 Austrian energy group, EVN, is to pursue legal action against Hitachi over delays in the construction of a power plant in Duisburg, Germany.

Reuters reports that EVN, which is a 49 per cent shareholder in a project company for the construction of the Walsum 10 coal-fired power plant, said it wanted to start arbitration proceedings against a Hitachi consortium and a court action against an insurer.

EVN said it expected its project partner, Steag, to consent to pursue the claims in the next few days, and that the total damages amounted to $821m (EUR600m).

The Walsum 10 unit, was supposed to be at full power by the end of 2013 but has fallen behind schedule after new steel types proved problematic and had to be swapped.

The plant produces power and also heat for the nearby Norske Skog paper mill.