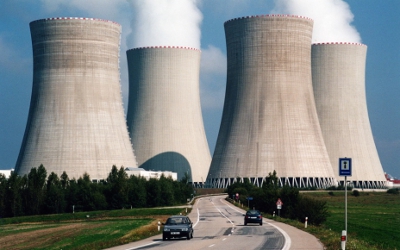 Areva (Euronext: CEI) is to file a protest against a decision made by the Czech antitrust office (UOHS) to exclude the French company from the tender to extend the Temelin nuclear power plant in Bohemia.

The French nuclear energy giant says the Czech office did not examine 95 per cent of the documentation sent by them as evidence of fitness to participate.
Areva contend that the UOHS failed to comply with a number of requirements for tender review proceedings set by Czech and European law, in coming to its decision.

They maintain that the decision was made based on insufficient evidence and incorrect legal analysis.

Areva were originally excluded from the tender in October, with CEZ citing what it called ‘serious shortcomings’, without disclosing details.

The company’s director for Central and Eastern Europe Thomas Epron subsequently told CTK the UOHS had made the decision surprisingly quickly.

Areva still believes its application is in line with all requirements for the tender.

The only bidders remaining in the tender are Czech-Russian consortium MIR.1200 and US-Japanese firm Westinghouse, with a winning announcement expected as early as September.

There had been a UOHS injunction in force making it impossible for CEZ to sign a contract with the winner of the tender until the UOHS makes a definitive decision on Areva’s complaint.

With Areva now set to take court action it is uncertain if the process will be delayed further.

The price of the Temelin expansion project is estimated at between $10-15bn and when completed in 2025 will more than double the plant’s existing 2000 MW capacity.