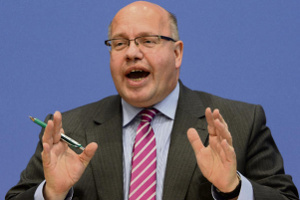 Germany’s environment minister Peter Altmaier has told the Frankfurter Allgemeine Zeitung newspaper that the country’s energy transition, or energiewende, could cost around $1.34 trillion over the next 20 years.

“The costs of our energy reform and restructuring of energy provision could amount to around EUR1 trillion by the end of the 2030s,” Altmaier told the newspaper.

“We have maybe our last big chance to lay the right foundations to make this a success. That means the energy switch must be economically justifiable and must be affordable.”

In an attempt to ensure popularity ahead of September’s national elections Altmaier is attempting to introduce a plan to cap power prices, by reducing subsidies for renewable power, which have increased household energy bills.

Altmaier believes by capping increases in subsidies for renewable power for two years and suspending feed-in tariffs to new installations, significant savings can be made.

Energy intensive firms, largely exempted from surcharges, may also have to pay.

Altmaier said last week he would try to secure an agreement in March with Germany’s 16 federal states, whose support he needs to get a law through the Bundesrat.

However the Social Democrats (SPD) and Greens have reservations and could block legislation in the Bundesrat upper house.