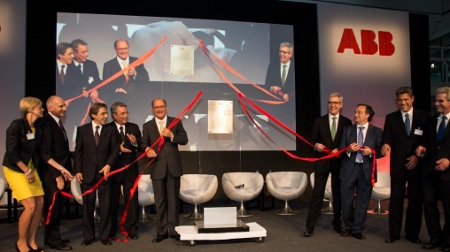 ABB has opened a fifth factory in Brazil just as the country looks to boost its power capacity in time for the forthcoming World Cup and Olympics events.

Brazil is boosting its industrial production, power capacity and enhancing its transmission and distribution infrastructure to meet the needs of its expanding economy as well as for the prestigious events taking place this year and in 2016.

ABB (SIX: ABBN) officially inaugurated its manufacturing facility at Sorocaba in the state of São Paulo in the presence of the Minister of Development, Industry and Foreign Trade, Mauro Borges, and the Governor of São Paulo Geraldo Alckmin. The new plant is part of a $200m investment to expand ABB’s technology development and production capacity to serve increasing domestic demand from industries such as petrochemicals, pulp and paper, oil and gas, and mining, as well as energy.

The facility is expected to begin operating in the second half of 2013 and by 2015 is expected to have generated 1000 jobs directly and indirectly, in the region. ABB will for the first time assemble in one location compact power substations (“e-houses”) as well as manufacture motors, generators, drive systems, measurement equipment and low-voltage products.

Typically, customers in Brazil have tended to procure their electrical equipment from multiple suppliers. With its new factory, ABB can act as a single vendor capable of engineering, designing, assembling, packaging, testing and delivering equipment, including switchgear, drives, periphery distribution equipment and automation systems, as well as managing the assembly of compact substations.

The factory also has service workshops to help customers with maintenance and repair of motors as well as a repair and test workshop for analyzers and instruments. The plant complies with international standards and sustainable development requirements: it is highly energy efficient, makes optimum use of natural light and recycles waste and water.