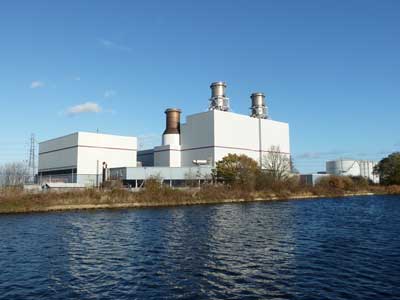 The Keadby gas-fired power plant will have 9000HL turbines made by Siemens , with capacity of 840 MW. The German giant’s HL class is the highest efficiency turbine in its roster.

Work on the plant is due to begin imminently but SSE did not mention a completion date. It will be built next to the existing 740 MW plant at Keadby.

The company failed to win capacity agreements for the project in a February auction for supplies in 2021-2022.

“Alongside wholesale market and ancillary services revenues, capacity market payments remain an important aspect of the economics of Keadby 2, and SSE intends to participate in future auctions to secure a capacity market agreement,” it said on Friday.

SSE says that à‚£6bn has been earmarked for capital expenditure and investments over the next five years. Of that, à‚£4bn will be spent on upgrading electricity networks in Scotland and England, plus renewable energy including offshore wind farms.

The announcement came as SSE posted results for the financial year to 31 March. Adjusted pre-tax profits fell to à‚£1.45bn. The company also installed around 350,000 smart meters over the year, taking total installed smart meters to over 850,000.


‘Re-positioning conventional power generation’ is one of the hot topics at Electrify Europe next month in Vienna. Find out more and register here.