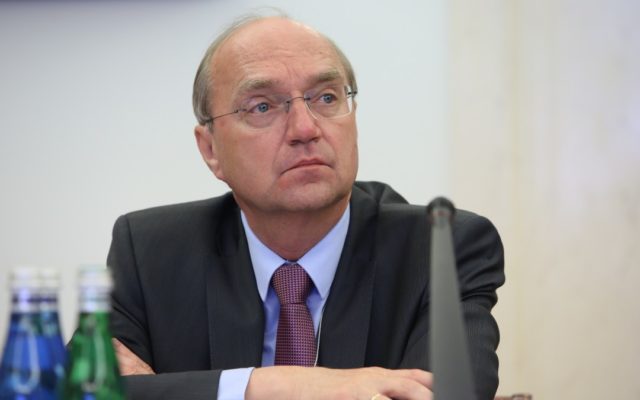 One of Europe’s top internal energy market officials says the notion that a fully electrified EU economy using only renewables, with no natural gas, is “profoundly wrong” as a conception.

The comment came from the European Commission’s Klaus-Dieter Borchardt who spoke at the European Gas Conference in Vienna on Tuesday.
“If you go to other [European] conferences, you will hear that the future is the electrification of all sectors and electricity to be all renewable,” Borchardt told the gathering “This is, in my view, profoundly wrong [and] a mistake,” he said.

Platts reports that Eurelectric in December called on EU policymakers to promote switching to “clean” electricity in heating, transport and industrial sectors as part of efforts to decarbonize the economy by 2050.

Eurelectric has not called for an all-renewable approach — nuclear is also low carbon — but environmental lobby groups have used the dramatic falls in renewable costs to argue that a high renewable electricity share is increasingly cost-effective.

Borchardt said that relying on a fully digitized power-only system would leave the EU tremendously vulnerable to cyber-attacks.

It would also be a mistake to leave the EU’s gas infrastructure, which has been built up over decades and is still being invested in today, empty, he said.

Borchardt agreed with Russian company Gazprom’s deputy CEO Alexander Medvedev, who was also speaking at the conference, that “gas cannot and should not be a bridge fuel for renewables… Gas should have its own role to play.”

The commission official added that the EC would be working this year on proposals for EU gas market regulation, and wanted to explore in particular the possibilities for synergies between the gas and power grids, and for developing renewable gases.

“We can use the gas grid as [one of the storage options] that we are still lacking in the power system,” for example by transforming excess wind into methane or hydrogen, he said.

This power-to-gas technology is still at a very early stage. “If we really believe in this technology, we have to show it can be rolled out at an industrial level,” he said.

Meanwhile the EU’s auditors are to launch an inquest to assess the effectiveness of support for electricity generated by solar and wind power, saying the two play an increasingly vital role in Europe’s energy mix.

The European Court of Auditors announced the inquest on Thursday (1 February), citing the fact that solar and wind power “are on the brink of becoming the two cheapest forms of electricity production”.

The auditors will focus on analysing the design, implementation and monitoring of EU and national strategies from 2009 onwards. They will also look into the funding those schemes have received over the years.

The auditors are set to visit four member states to collect data – Germany, Greece, Spain and Poland – and publish a report early next year.

“Wind and solar PV are the two renewable energy sources for the production of electricity that have been developing by far the most dynamically over the last ten years”, said George Pufan, who will lead the audit team. “They play a vital role in our energy mix and it is very important to understand if the strategy and support for them are effective.”

Eleven EU countries have already met their 2020 renewable energy goals ahead of schedule while the bloc as a whole has reached 17 per cent, just shy of the overall target with two years to go, according to new data from Eurostat.