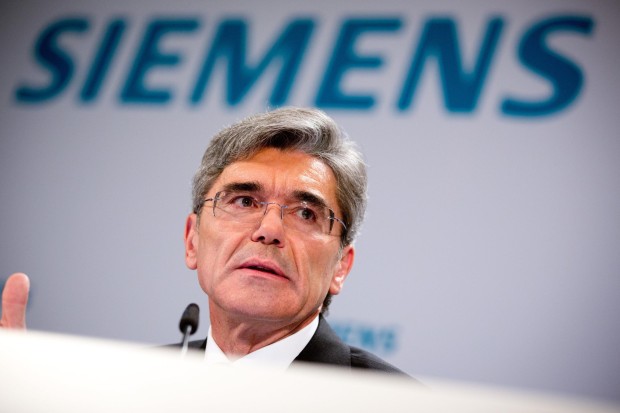 A major restructuring programme appears to be working for the company. Income from continuing operations rose 36 per cent to 1.4 billion euros ($1.9 billion) in the fiscal third quarter, the Munich-based company said in a statement. The average estimate of 10 analysts in a Bloomberg survey was 1.3bn euros. Sales declined 3.7 per cent to 17.9bn euros.
According to Bloomberg, Chief Executive Officer Joe Kaeser, has streamlined the company’s structure and strategy, focusing on “electrification, digitalization and automation” as he seeks to catch up with the profitability of U.S. competitor General Electric Co. (GE) The Siemens veteran has also pledged to end the charges which have consistently burdened earnings

“Continued challenges in the energy business held back an even stronger profit improvement for Siemens as a whole,” Kaeser said on a conference call. Offshore wind projects in the North Sea and a Finnish nuclear plant “pose further financial risks going forward.”

The CEO has been finishing a cost-savings program started under predecessor Peter Loescher which aimed to boost profit to 12 per cent of sales by the end of this financial year by cutting 15,000 jobs.

Kaeser has also released under performing assets while building up prospects with more potential elsewhere. In the power division the $1.3bn acquisition of most of Rolls-Royce Holdings Plc (RR/)‘s energy assets is intended to allow Siemens to take advantage of the North American boom in shale gas extraction from hydraulic fracturing.