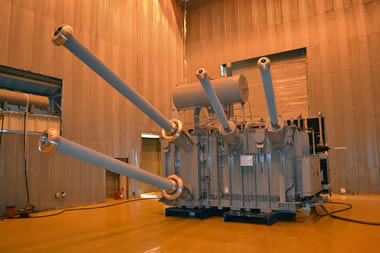 The value of the global power transformers market will rise from the current $11.3bn to $14bn by 2020, according to a new report.

The study by research firm Globaldata states that this growth will be driven by nine markets: the US, China, India, Saudi Arabia, Brazil, Japan, Germany, Canada and the UK.

GlobalData says that the growth will “primarily be driven by extensive power plant capacity additions, economic growth, and the need to improve access to electricity in emerging economies, such as Asia-Pacific and the Middle East“.

GlobalData’s senior power analyst Siddhartha Raina explained: “China is an attractive destination for power transformer companies, firstly because of the size of the grid, which is the largest in the world, and secondly thanks to substantial investment in the expansion and upgrade of the country’s grid infrastructure.

“Furthermore, Saudi Arabia is planning large-scale investment, amounting to a total of around $100 billion, which is to be spent within the next 10 years on doubling domestic power generation from the current level of 40,000 MW to 80,000 MW.”

Raina added that the while there have been comparatively few new power transformer installations in North America and Europe, aging equipment and grids provide major opportunities for companies in the power transformer replacement segment.

And the report adds that the European Union’s plans to strengthen individual countries’ power grids and establish a pan-European grid “will also be a strong driver for the market, as it involves substantial investment in power transformers”.

The study also states that the market faces increasing fragmentation, as even major companies possess single-digit shares of the global market.

Raina said: “A number of regional companies, such as Bharat Heavy Electricals in India and Mitsubishi Electrical Corporation in Japan, are involved in the domestic manufacture of medium and large power transformers.

“While these companies have a high understanding of their local market conditions and extensive experience, global GDP growth slowing as a result of the financial crisis will continually affect the power transformer market as investment in infrastructure development projects declines.”