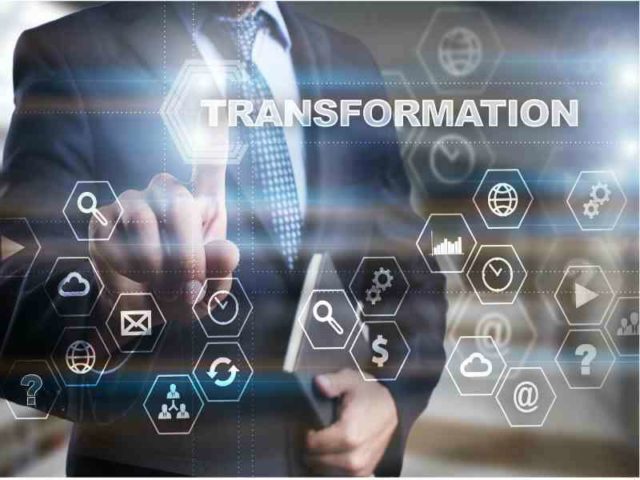 In a digital energy space that is getting more crowded by the week, UniperTechnologies likes to think that it has a big advantage: as an owner and operator of conventional power plants, the company has been doing ‘digitalisation’ long before it became a buzzword.

Uniper was born from E.ON and the German energy giant had been developing solutions to enhance its conventional fleet for decades.

This article was originally published in Smart Energy International issue 1-2020. Read the full digimag here or subscribe to receive a print copy here.

And in each of those cases the company built the solution itself, because as Davies explains: “We went to market but couldn’t find what we needed.”

All that engineering competence stayed in Uniper following the split with E.ON, and the new company took the strategic decision to grow the engineering business.

And grow it has, with the latest innovation being Enerlytics, an IIoT solution that takes all of that decades-acquired expertise and rolls it into one holistic package that is intended to optimize an entire power plant rather than focus on one single bit of equipment.

“Based on our extensive knowledge and experience around the energy transition we had built these great sets of individual solutions; now we combine these on a single platform to help fellow owners and operators who are starting their transition to ensure that they stay relevant in a renewables changing market.”

Davies says that conventional plants that would once have had a handful of starts a year are now being asked to potentially perform several starts a day, and to achieve this within a safe and flexible operation “you need to understand the intricacies between each of your disciplines and each of your components.”

“You need to understand the condition of the asset and what risks you are carrying. You have to make some quite broad holistic decisions quickly and that is where the digital tools that we built up over time start to pay significant dividends.” He says that while advanced condition monitoring, vibration monitoring, performance monitoring and thermodynamic monitoring are all “tools that you can buy from different people, what they won’t touch on is risk management, combining those and optimisation around them”.

“Some of them might touch on maintenance optimisation, but it’s only as an asset owner and operator that you really understand what risk management entails. And because it’s your asset, you’re managing the risk and you’re looking to push those parts to the maximum. We’ve done that on our own assets and now we can help others around the world do that.”

He adds that Uniper’s other big advantage is that “we are an engineering company first – we are not just an IT firm. You can get some quite cool IT solutions, but they lack the engineering domain knowledge. The history that we have with all the various tools that have been driven by engineers and engineering ideas, we have tested on our own assets. So we know that they work for engineers – and that is quite a differentiator and an important aspect.”

Davies and his team – who are headquartered at Uniper’s Technology Centre in Nottingham, England – are targeting Enerlytics at those regions where power operators are at the start of their energy transition journey.

“Every market is completely different – they are at different levels of maturity,” he explains. “I’d say the European market is the most mature in terms of market mechanisms, renewables penetration and the resulting impact that has on reliable fossil assets.”

He says that in Asia, “it depends on what country you’re operating in, because they are all at different points. India is starting its transition – they want 50:50 coal and solar because those two are their largest resource base – and they are starting to think about the impact of flexible generation.

“In South Korea, where they are starting their renewables journey, they are very good plant operators – some of the best in the world – but they are not ready for the impact of renewables.

Those countries are just starting their digitalisation journey. They’ve spent a lot of time chasing top-end megawatts, so thermo-dynamic tools are great. But now they are thinking that their plant operations are going to change; they are under market pressures and government pressures and they need to know what the risks are that they are carrying.”

For plant operators in these countries, the trick – and it’s a very difficult trick – is staying ahead of their country’s energy transition and having in place the tools to deliver flexible power from a plant that traditionally has operated in a relatively inflexible mode.

And even when some do react to market and government pressures, too often they react too late, or are overly-conservative about their actions.

“The danger for many operators is not realizing when the need for flexible generation is starting,” says Davies.

“Often they find themselves in the midst of it. The ultimate goal is to make a plant operate safely in a way for which it was not originally designed and that can be achieved by combining engineering expertise with digital tools.”

This combination of human engineering skills and digital enhancements is essential, says Davies. One complements the other to reach an end result that would not be possible by utilising just one of them.

And although he is keen to stress that “engineering will never be replaced by digital IT tools in a power station – not in my lifetime”, he does believe that we are on the verge of “a tipping point coming in the industry where it will understand the real value of a digitally-engineered set of tools”.

For those companies planning to embark on a so-called digital transformation, his advice is simple: stay focused on specifics.

“There’s not a right or a wrong way, but there is what I would term better ways. Some people have tried to ‘boil the ocean’: they think if they get all the data in the same place, they will be able to achieve all the benefits, which in my honest opinion is nonsense.

“What you need to start doing is working on very specific problems. So it could be you’ve got issues around condensing, or fouling, or reliability. So you need to focus on that aspect and it might be you need to implement advanced condition monitoring or a thermo-dynamic model. But as long as you stay within the understanding of what your problem is, and then target your solutions at it, then that is how you gain the benefits.”