POWER-GEN kicks off with ’80s theme and 21st century focus 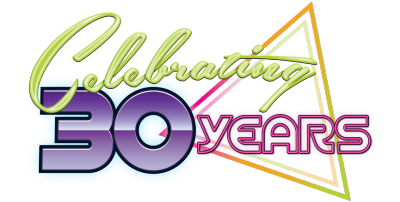 Thirty years old and yet never looking back , POWER-GEN International today begins its quest for highlighting the next era of power generation.

The event begins this morning at the Orange County Convention Center, West Halls, with an hour-long keynote led off by host utility Orlando Utilities Commission’s board President Gregory Lee, followed by Greg Scheu, president of ABB Americas, and then Robert Yeager, president of Power Solutions-Emerson.

This year’s POWER-GEN is different from any that came before it. For one thing, hydro, solar, wind and microgrids each have their own tracks, alongside the tried and true of gas-fired turbines, plant optimization, energy storage and financing, among others.

Secondly, today is only the first of two keynotes. Tomorrow will go out on a strong note, as new GE Gas Power CEO Scott Strazik will include POWER-GEN in his first full month on the job, while author and former White House economist Todd Buchholz will focus on the big picture, energy-wise.

Third, POWER-GEN is now part of the Clarion Energy Series. Clarion is a longtime events company based out of the UK, offering several different innovations to the conference.

And finally, to quote a once favorite British television series, content is Upstairs, Downstairs for the first time at POWER-GEN.

Twelve conference tracks featuring more than 30 sessions will be upstairs, as usual. New, however, are the Knowledge Hubs-shorter takes on important generation challenges and opportunities which will be held on the Exhibit floor.

The floor, as ever, will showcase hundreds of companies highlight their best and brightest people, ideas and products. The soundtrack will pure 1980s joy, benefitting the event’s origin.

There will be much to sample, see and hear Tuesday through Thursday at the Orange County Convention Center. Check out the rest of Power Engineering for other stories on the event.