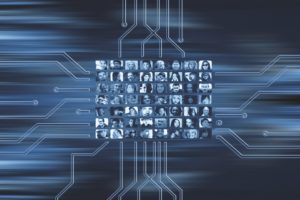 The impact of big data and smart tech has reached beyond energy systems to our transport links and is predicted to continue to grow, in turn solving the wider societal issues of our future cities, writes Ram Ramachander

TThe global population is growing at an unprecedented rate and is expected to reach 9.8 billion by 2050, increasing from 7.6 billion today.

The population is also increasingly located in urban centres. In the next two years, predictions show that 70 per cent of the world’s population will be living in cities.

Many cities, however, are not prepared to deal with the demands such a large population will have on services and resources, and to address these problems, cities must become smarter.

Smart cities run on data collected by devices powered by the Internet of Things. Data is autonomously fed back to a centralized control centre, which allows real-time decisions to be made and acted upon.

Cities are known for welcoming change, and two aspects of city life which are greatly benefiting from integrating this technology are energy and transport. By identifying and investigating the key challenges our urban spaces are facing, we can assess the smart tech solutions which are helping to digitalize our energy and transport network systems, and create smart cities.

Energy challenges are high in the public consciousness. Since COP21 – where the international community agreed to restrict global temperature increase to below 2oC – cities have been forced to consider new ways of providing energy to citizens.

One of the main challenges in cities is the unsustainable demand for energy – 75 per cent of global energy is consumed by cites. From heating homes to fuelling travel, energy and access to it are an integral part of modern living and must be supported by appropriate infrastructure.

However, the condition of archaic infrastructure is no longer efficient, cannot accommodate higher energy demands and is not compatible with new technology.

Modern cities cannot function without reliable access to energy. In response, we must both update old infrastructure with smart tech and harness the use of renewable energy. This situation has created an opportunity to integrate new technology and establish smart cities.

Two key technologies which will transform our future energy systems are IoT-enabled smart grids and advancements in battery storage. Together, they will help to improve energy distribution and storage in smart cities.

The installation of smart grids, enabled by the IoT, will change the way energy is distributed and consumed. Powered by demand-response systems, which allow for real-time monitoring of customer requests, smart grids can autonomously react to energy supply and demand.

Smart grids can also adjust the distribution of energy, controlling demand more efficiently and sharing it more effectively. Smart meters, which are currently being installed in urban buildings across the globe, will support this change by autonomously reporting customer demands to suppliers, who in turn can react and optimize how much energy is required.

In parallel to the development of smart grids is the creation and implementation of battery storage. A vital part of a renewable energy system, batteries help manage energy supply and demand by storing generated energy until it is required for use, thus avoiding waste. Battery storage technology, such as Hitachi’s CrystEna facilitator, is improving rapidly and is able to regulate how much energy is used.

Many governments and businesses have begun to implement smart energy systems using renewable energy. As part of the Smart Energy Islands project, Hitachi has partnered with the EU and the main stakeholders on the Isles of Scilly – including the council, local businesses, the Duchy of Cornwall and Tresco Island – to create a smart energy system using the IoT.

The programme is investigating whether renewable technology, such as solar panels and batteries, can be used more efficiently by connecting to smart energy systems via an IoT platform. Hitachi is involved in the development and management of the supply, storage and demand of electricity in this partnership and its work aims to help reduce the price of energy on the Isles of Scilly by 40 per cent. This Smart Islands Partnership has begun testing its research on a smaller energy capacity, in the hope that it can be scaled up and impact larger areas, such as cities.

The installation of this technology demonstrates that by harnessing the power of data, new energy technology can provide cities with a more efficient and cleaner energy system.

Transport is the largest energy consuming sector in the UK, representing 40 per cent of total energy consumption in 2016 and making it a vital component in the drive to make energy smarter. For city dwellers, concerns about pollution, congestion and the cost of transport are high on the priority list.

Here, smart technology can have a positive impact with the development of electric vehicles (EVs), their charging points and connected vehicles. In fact, the International Energy Agency predicts that there could be between 40 million and 70 million EVs on the roads by 2025. If these figures prove to be correct, there will undoubtedly be a reduction in the level of carbon-intensive fumes in our densely populated cities.

However, EV charging depends on the efficient distribution of energy. Smart grids, in conjunction with charging infrastructure, therefore play a key role in smart cities’ future. Consequently, we have seen an increase in the amount of EV infrastructure investment. France is currently leading the way in Europe, installing 11,987 charging points in the past year with numbers set to grow. By running on electricity distributed from smart grids, EVs will also develop a second purpose as batteries. When fully charged and linked to buildings, the cars would release energy back from their internal storage.

There are further exciting opportunities for transport in the area of efficiency. With more than 50 billion IoT-enabled devices expected by 2025, Vehicle to Everything systems will link our vehicles to related infrastructure – such as traffic lights and public transport timetables – increasing the level of control authorities will have over traffic. It is predicted that this technology will reduce emissions by 10 per cent, primarily through reduced congestion and, therefore, the time vehicles spend
idling.

To solve the issues raised by greater demand in energy, smart tech is providing targeted solutions to make city energy systems cleaner and efficient. The impact of big data and smart tech has reached beyond energy systems to our transport links and is predicted to continue to grow, solving the wider societal issues of our future cities, too.

Digitalization is a key pillar of European Utility Week in Vienna in November. For details click here.

Inside the brain of a hybrid power plant