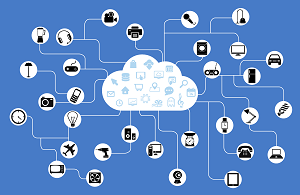 Over half of the world’s energy companies lack the skills needed to fight the security risks that come with the growth of the Internet of Things (IoT), new research has found.

This was the conclusion of Inmarsat’s report The Future of IoT in Enterprise ” 2017, for which the researchers interviewed senior IT decision-makers from 100 large energy firms worldwide.

The report found that 53 per cent of energy businesses identified a need to make heavy investments to meet both physical and digital IoT security requirements, and 54 per cent reported that they needed additional digital skills in security to deliver successful IoT projects.

Of the firms surveyed, 21 per cent said they had already fully deployed IoT-based solutions, 33 per cent had at least partially deployed them, and 82 per cent planned to deploy one or more within two years.

The most-deployed IoT-based solution was energy consumption monitoring, deployed by around 75 per cent of companies. This was followed by smart asset level monitoring, wide area controls such as vehicle and device management, employee tracking through wearables, business process automation, monitoring product usage and smart security management.

Just 30 per cent reported that they have given special consideration to network security as part of the development of their IoT solutions, while only 38 per cent have taken additional steps to protect against cyberattacks.

And, according to the research, almost six in ten respondents (59 per cent) said their board had either a partial or no understanding of IoT, potentially making it more difficult for teams to secure investment for security projects.

Chuck Moseley, senior director for energy at Inmarsat Enterprise, said IoT “represents a fundamental change in the way that energy grid networks and organizations will operate.

“The core operations of energy companies have traditionally been insulated from the destructive cyber-attacks that have destabilized other industries, as they were not connected to the internet. But, with the advent of IoT, more and more parts of their infrastructure are being connected, creating new vulnerabilities and risks.

“Worryingly, our research shows that many energy businesses lack the security processes and skills to address these new vulnerabilities. This needs to be quickly addressed, and it must be driven by senior leadership within energy businesses, to ensure that they do not miss out on the huge potential value that IoT can bring to the energy sector.”