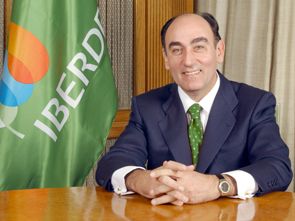 Iberdrola has announced plans to invest billions of euros over the next four years, with over a third to be spent on renewables.

The Spanish energy giant plans a €32bn spend and says that the investment will underpin its plans for growth over the next decade. It will allocate around €15bn to networks and over €11bn in renewables.

Waterpower magazine reports that Chairman Ignacio Galán said that the investment plan was in line with the company’s strategy of seizing opportunities in the new digital environment while maintaining growth in regulated, stable businesses. Some 75% of the planned investments are already committed or practically secured, he said.


Iberdrola expects the investments to expand its renewable energy capacity to expand by 24 per cent from the end-2017 level; its energy storage capacity will also increase from the current level of 80 GWh to 100 GWh.

In networks, the company’s regulated asset base will increase to €40bn mainly in Brazil and US, a 38 per cent growth from year-end 2017.

In addition, contracted generation capacity will grow to 10 600 MW, over 82 per cent above current figures.

In its year-end figures, Iberdrola announced that its 2017 net profits reached €2.804bn, an increase over 2016 figures of 3.7 per cent. The increase was driven largely by its US networks business, which offset poor performance in its Spanish generation fleet.