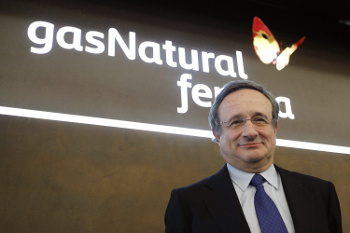 Spanish power company Gas Natural has contacted Portuguese counterpart Energias de Portugal with a view to creating a $40bn merger, according to Reuters, sparking speculation that utilities throughout the region are set to follow suit.

EDP has since dismissed the speculation in an official statement, but commentary persists in banking circles around potential consolidations involving several companies in the space.

Reuters reports that utilities that have survived the value destruction to their assets, experienced over the last decade, largely through the emergence of renewable energy, are now in a position to establish mergers and better cope with the ongoing energy transition.

The news agency cited unnamed analysts as saying a new Iberian power champion could prompt similar moves in a bid to counter a threat to the dominance of European leaders EDF and Enel.

Utility companies are fighting back by joining the shift to renewables, as well as offering customers digital devices to keep closer tabs on their power consumption. It’s part of an overall move towards utilities focused on renewables, networks and retail customers.

“The sector is finally getting to the point where it can move on from a decade of value destruction … Confidence around utilities’ sustainable cash-flow generation could grow,” said Deutsche Bank in a research note.

In recent months, news coverage has been dedicated to a possible merger of Engie with RWE to create a Franco-German utility giant, while Iberdrola-Innogy are also being mooted as potential suitors.

Iberdrola, Europe’s second-largest utility by market value, is working with U.S. investment bank Morgan Stanley to study opportunities while Gas Natural has turned to Citigroup for advice, according to people close to the situation.